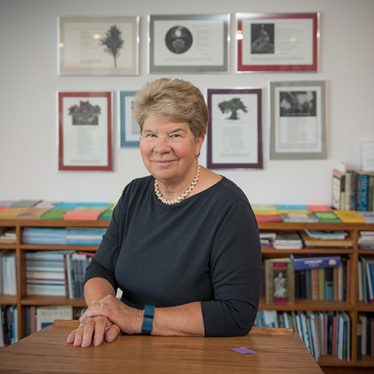 Susan C. Bourque is the former provost and dean of the faculty at Smith College (2001–09) and dean for academic development (1995–98). From 1989 to 1994, she was chair of the government department. She is currently a senior research associate of the Project on Women and Social Change engaged in an interdisciplinary research project on women's education.

Bourque's research focuses on a wide range of political and educational issues in Latin America and the United States. Her book Women of the Andes was awarded the Alice and Edith Hamilton Prize and her article, "Democracy without Peace: The Cultural Politics of Terror in Peru," won the New England Council of Latin American Studies Best Article Prize.

Bourque serves on the board of the Chijnaya Foundation and has served as the president of the Women and Politics section of the American Political Science Association (APSA) and as a member of its executive council. She has served as treasurer of the APSA and as trustee of the APSA Trustee and Development Committee. She has also served on the executive councils of the Latin American Studies Association, the New England Council of Latin American Studies and the Association for Women and Development.