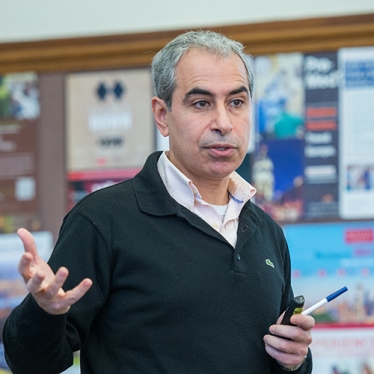 Suleiman Ali Mourad did his undergraduate education and MA at the American University of Beirut, and received his doctorate from Yale University in 2004. He teaches courses on Islamic history, law and religion and on comparative themes in monotheistic religions (Jerusalem, Holy Land, Crusades). His research focuses on Islamic history and religious thought (including jihad ideology, Muslims and the Crusades, sacredness of Jerusalem, and Quranic studies), and on the challenges of modernity that led to major changes in Muslims’ perception of and attitude towards their own history and classical thought. He has worked as historical advisor and appeared on numerous film documentaries, such as Jerusalem: City of Faith and Fury (CNN, 2021) and The Sultan and the Saint (PBS, 2017). His books include Ibn ‘Asakir of Damascus: Champion of Sunni Islam at the Time of the Crusades (Oneworld, 2021), Muslim Sources of the Crusader Period: An Anthology (Hackett Publishing, 2021), Routledge Handbook on Jerusalem (Routledge, 2019), and The Mosaic of Islam: A Conversation with Perry Anderson (Verso, 2016). He is a frequent writer in printed and online magazines, such as New Left Review-Sidecar (UK) and Orient XXI (France), and contributes a weekly piece to 180Post (Lebanon).