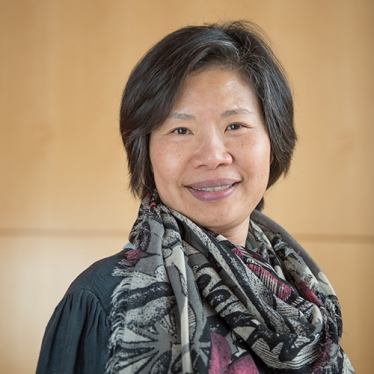 Sujane Wu teaches courses on classical Chinese literature, culture and all levels of Mandarin Chinese language. Her literature and culture courses include The Culture of the Lyric in Traditional China, Chinese Poetry and the Other Arts, Chinese Travel Writing, and a colloquium Revising the Past in Chinese Literature and Film. She has collaborated many times with the Smith College Botanic Garden and the Smith College Museum of Art for her literature and culture courses. She worked with the Smith College Center for Community Engagement to develop a special studies course titled Language in Motion. She also teaches a seminar on the most famous Chinese vernacular novel, The Story of the Stone (a.k.a. Dream of the Red Chamber [Honglou meng]).

Wu’s research focuses primarily on early medieval Chinese literature and culture in general, and poetry in particular, the relationship between word and image, music and poetry. She is also interested in issues on translating literary works from Chinese to English. Wu has been performing poetry chanting and singing for more than three decades. She has successfully performed her own musical interpretation of poetry to bring out a different dimension of Chinese poetry.

Throughout her teaching career, Wu has also developed an interest in pedagogy in teaching Chinese as a second language. She has co-edited a book on world language education (below). Her co-translated volume of the selected biographies from the History of the Later Han will be published soon.

Wu is interested in Chinese tea and food culture and literature, and she is looking forward to developing new courses on these two subjects in the future.