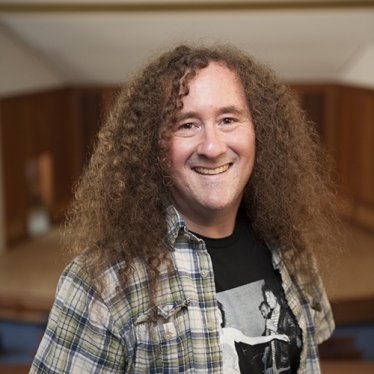 Steve Waksman has turned a lifelong involvement with music as a player and listener into a career as a scholar of rock and pop. Professor of music and American studies at Smith College, he joined the Smith faculty in 2001 after receiving his doctorate in American studies at the University of Minnesota. His research and teaching interests range widely across the subjects of U.S. popular music and popular culture, with particular specialty in the study of live music, music genres, music technology and musical instruments (especially the guitar).

Waksman's publications include the books Instruments of Desire: The Electric Guitar and the Shaping of Musical Experience (Harvard University Press, 1999) and This Ain't the Summer of Love: Conflict and Crossover in Heavy Metal and Punk (University of California Press, 2009), the latter of which was awarded the 2010 Woody Guthrie Award for best scholarly book on popular music by the U.S. chapter of the International Association for the Study of Popular Music. He has contributed essays to several journals and edited collections, including the Cambridge Companion to the Guitar, the Continuum Encyclopedia of Popular Music of the World, Listen Again: A Momentary History of Pop and Metal Rules the Globe: Heavy Metal Music Around the World. In 2008 Waksman was the keynote speaker at the Rock and Roll Hall of Fame's American Music Masters event honoring the legacy of musician and inventor Les Paul. In 1998 Waksman's dissertation on the electric guitar won the Ralph Henry Gabriel prize awarded by the American Studies Association.

Waksman's latest book is Live Music in America: A History from Jenny Lind to Beyoncé, published by Oxford University Press in 2022. With Reebee Garofalo, he is the co-author of the sixth edition of the popular rock history textbook Rockin' Out: Popular Music in the U.S.A., and with Andy Bennett, he is co-editor of the Sage Handbook of Popular Music.