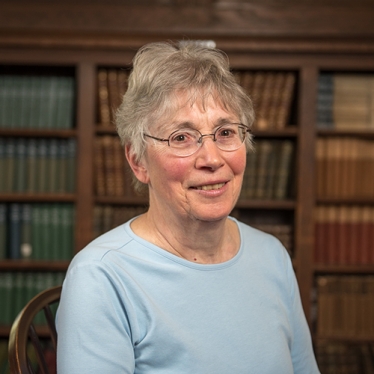 Sharon Cadman Seelig taught at Smith for 35 years, as well as at Wellesley and Mount Holyoke colleges. After completing her undergraduate degree at Carleton College, she studied at Columbia University and was a Fulbright Fellow at the Free University in the divided city of Berlin. She has held fellowships from the Woodrow Wilson Foundation, Newberry Library and the National Endowment for the Humanities. She was the Smith College exchange professor at the University of Hamburg in 2010 and continues as a member of the editorial board of English Literary Renaissance.

Seelig has a lifelong passion for Renaissance literature. In addition to numerous articles, she has published three books that reflect her evolving interests: The Shadow of Eternity: Belief and Structure in Herbert, Vaughan, and Traherne (Kentucky, 1981), on the religious poetry of the 17th century; Generating Texts: The Progeny of Seventeenth-Century Prose (Virginia, 1996), which traces the influences and intersections of writers such as Donne, Browne and Burton on writers as diverse as T.S. Eliot, Thoreau and Laurence Sterne; and Autobiography and Gender in Early Modern Literature: Reading Women's Lives, 1600–1680 (Cambridge, 2006), which moves from early diaries and fragmentary records to family histories and dramatic or romantic self-fashioning. Having retired from teaching, she continues to research a range of forms and periods of life writing, particularly journals and autobiographies, from the 17th through the 20th centuries.

As an environmental fellow in the Smith Center for the Environment, Ecological Design, and Sustainability (CEEDS) and a member of the sustainability committee, Seelig has engaged deeply with the study of the environment as a discipline within the liberal arts and a concern of citizens of the planet. She developed and taught the first-year seminar Reading the Earth, emphasizing observation of the natural world, whether practiced by current Smith students or their predecessors, including Darwin, Thoreau, Edward Abbey and Annie Dillard. Her other recent courses at Smith include The English Literary Tradition I, Shakespeare, Milton, Methods of Literary Study, and colloquia in fiction: For the Love of God and Woman: Seventeenth-Century Poetry and Enabling Fictions: Writing Early Modern Women's Lives.