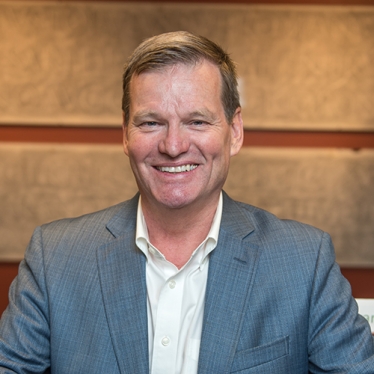 Scott Bradbury is a professor of classical languages and literatures specializing in the history of the later Roman Empire, particularly the Greek East in the fourth century.

He teaches courses in both Latin and ancient Greek at all levels, including a wide range of classical authors in both languages as well as medieval Latin and the New Testament. In addition, he teaches classical mythology, western classics from Homer to Dante, and he has, with a colleague in geosciences, taught a traveling summer seminar in Greece titled Greek History and Archaeology in their Geological Context. He also curates the classics department's Van Buren Antiquities Collection and gives students hands-on experience at working with antiquities.

He has twice served as director of the Smith Junior Year in Florence, and he has frequently served as a faculty lecturer on Smith Travel trips to the Mediterranean.

Bradbury is currently collaborating on a second volume of Libanius' letters in English translation, and he is working to complete a monograph titled The Social World of Libanius.

With Nancy Mason Bradbury, Smith alumna and professor of English at Smith, The Dialogue of Solomon and Marcolf: A Dual-Language Edition From Latin and Middle English Prints (in press).

Selected Letters of Libanius From the Age of Constantius and Julian. Liverpool University Press, 2004.

Severus of Minorca: Letter on the Conversion of the Jews. Oxford University Press, 1996.