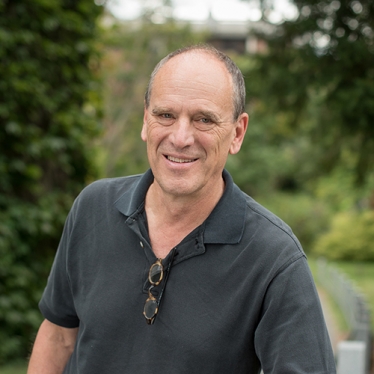 Russ Rymer is a journalist, novelist and teacher whose work has appeared in the New Yorker, National Geographic, New York Times, Atlantic, Harper’s and many other publications. He's authored two nonfiction books. Genie: A Scientific Tragedy, won a Whiting Writers Award and was a finalist for the National Book Critics Circle Award. American Beach: A Saga of Race, Wealth & Memory was named a New York Times Notable Book and was a finalist for the Los Angeles Times Book Prize. His novel, Paris Twilight, was published in 2013. He has edited for the American Academy for the Advancement of Science and the New York Academy of Sciences, and served as editor-in-chief of Mother Jones magazine. He has taught writing at CalTech, UC Berkeley Graduate School of Journalism, MIT Graduate Program in Science Writing, St. Mary’s College of California and Bowdoin College. He has received fellowships from the Guggenheim Foundation and the Radcliffe Institute for Advanced Study at Harvard University.