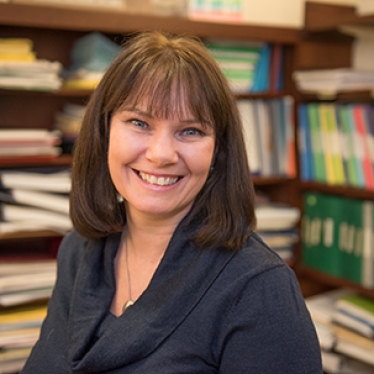 Roisin O’Sullivan is a macroeconomist interested in applied policy issues. Her research publications include articles on monetary policy frameworks such as inflation targeting and on the role of asset prices in inflation measurement. From 2011–15, she served as a member of the Irish Fiscal Advisory Council, a watchdog body whose mandate includes monitoring the appropriateness of the Irish government’s fiscal policy stance. Earlier in her career, she spent several years at the Central Bank of Ireland, where she worked as an economist in the Monetary Policy Department. O’Sullivan teaches courses in macroeconomics, European integration, money and banking, and central banking. She was awarded Smith’s Sherrerd Prize for Distinguished Teaching in 2010. In 2017, she was appointed to the American Economic Association’s Committee on Economic Education for a three-year term and she currently serves as an associate editor for the Journal of Economic Education.