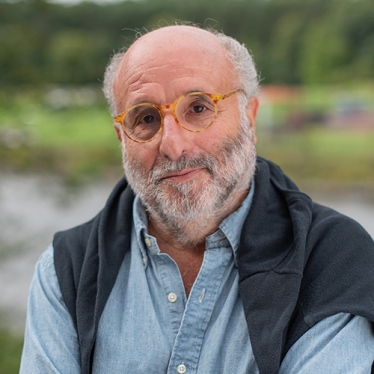 Rick Fantasia's childhood was passed on the meanish streets of northern Manhattan and his adolescence in an impossibly rural village in upstate New York. As a community college student, he proudly served in an anti-war movement that included Vietnam veterans, manual workers and high school dropouts, providing him with a rich, but unsentimental education. Spending a year in Paris in a program for foreign students at the Sorbonne, Fantasia lived in a perfectly squalid studio apartment in a lively North African neighborhood in the north of the city, where he discovered the best jazz clubs; attended lectures by the likes of Genet, Baldwin and Abbie Hoffman; and took extramural courses in "intermediate street warfare," "tracking Sartre," and "dining in Paris on under two dollars a day." He learned more about U.S. society while in Paris than he ever could have learned at home.

Roaming widely across the 1970s as an itinerant student (through several academic institutions), as a worker (in a steel foundry, a hospital, in a tire factory and in a paper mill) and as an organizer (both designated and self-declared), he moved to ever-more refined venues, from Paris to Vancouver, to Boston, to East Orange, New Jersey, to Buffalo, New York. He was a participant in the National Teacher Corps, a federal program to prepare those from "disadvantaged backgrounds" to teach in "disadvantaged schools," while completing a B.S. degree at Upsala College, a venerable, century-old, fully-accredited institution that has since disappeared, leaving no forwarding address. While working as a counselor to adolescents labeled "juvenile delinquents" in Niagara Falls, he earned a master's degree in social science at the State University of New York at Buffalo with a concentration in sociology and history.

Fantasia moved to Northampton in 1978 B.G. (Before Gentrification) to attend graduate school at the University of Massachusetts and was awarded a doctorate in sociology in 1982. He has been teaching at Smith since the fall of that year. Awarded a Leverhulme Visiting Fellowship at the University of Sussex in England for 1985–86, he spent his time writing a book and presenting lectures at various universities as well as to coal miners in Yorkshire and in Wales (where he was made an honorary member of the Onllwyn Miner's Lodge, a venerated local branch of the National Union of Mineworkers). He spent most of his Saturday nights that year attending fringe theatre performances across London, and afterward joining the picket lines of locked-out newspaper workers at Rupert Murdoch's printing plant in East London.

At Smith College, where he is the Barbara Richmond 1940 Professor in the Social Sciences, Fantasia regularly teaches Class and Society, Urban Sociology, the Sociology of Culture, Introduction to Sociology, and a seminar on Sociology of the Arts. The reading lists for his courses tend to be punctuated by various works of the late French sociologist Pierre Bourdieu, with whom Fantasia was privileged to have been associated and from whom he relearned the practice of sociology.

His research interests have mostly concerned questions of labor and of culture, as well as with their interpenetration, both in the United States and in France. For nearly two decades he conducted research on American mass culture in France, with particular attention to the consequences of neo-liberalism for the French gastronomic field. In recent years he has presented lectures on his work to audiences at Yale, UC Berkeley, the University of Southern California, MIT, the University of Chicago, Harvard, Northwestern, UCLA, the University of Geneva, Middlebury College, the Ecole Normale Superieure and the Ecole des Hautes Etudes en Sciences Sociales in Paris, the University of North Carolina, Chapel Hill, the Open University in England, the University of Connecticut, Princeton University, the University of Georgia, the University of Massachusetts, SUNY Stony Brook, The Center for Working Class Studies at Youngstown State University, and the Culinary Institute of America. Current research projects include a study of the forms and methods of influence and power in the international sociological field, with particular focus on the case of Sweden (with Prof. Marita Flisback of Gothenburg University); and an analysis of disciplinary biases and influences in interdisciplinary scholarship, in a study of the field of women’s studies between 1980-2010 (with Emily Ruppel, Smith class of 2018’).

In addition to his work at Smith College, he has served on the boards of the Northampton Arts Council and the Serious Play! theater ensemble.

Cultures of Solidarity. Berkeley: The University of California Press, 1988.

French Gastronomy and the Magic of Americanism. Temple University Press, 2018.