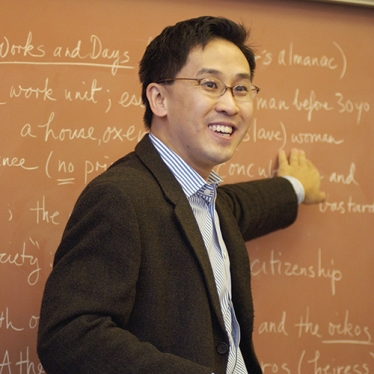 tbd
Or by appointment.

Richard Lim is a professor of the ancient Mediterranean and Near East, Greece and Rome, and late antiquity. His scholarly research focuses on the history and religions of late antiquity in the Mediterranean and Near Eastern worlds, especially the later Roman Empire. He is also working on projects related to the history of premodern cultural interactions in Eurasia, including contacts between Rome, India and China. Recent publications include long-distance trade and exchanges along the steppe and silk routes of Eurasia, late Roman urbanism and interpretations of chariot-racing in the Circus Maximus, late antique adaptations of the literary dialogue form and the history of Manichaeism. Previous books include The Past Before Us: The Challenge of Historiographies of Late Antiquity, Carole Straw and Richard Lim, editors; Bibliothèque de l’Antiquité Tardive 6 (Brepols, 2005); Smith College Studies in History 53 (Turnhout, 2004); and Public Disputation, Power and Social Order in Late Antiquity, Transformation of the Classical Heritage (University of California Press, 1995).