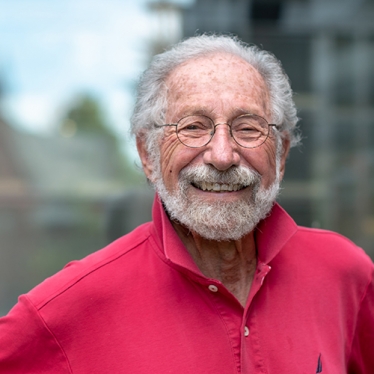 Peter I. Rose was born in Rochester, New York, in 1933. He received a bachelor of arts from Syracuse University in 1954 and a doctorate from Cornell University in 1959. He is Sophia Smith Professor Emeritus of Sociology and Anthropology and Senior Fellow of the Kahn Liberal Arts Institute at Smith, where, for more than 30 years he was director of the American Studies Diploma Program for international graduate students. He is also a member of the graduate faculty of the University of Massachusetts Amherst.

Many of these activities are discussed and excerpts from his writings are included in a recent memoir,Postmonitions of a Peripatetic Professor.

Best known for his book They and We, Rose has written many books and edited several collected works and journals (see below). He has also published a number of scholarly and extracurricular articles and more than 200 reviews and review essays in sociological and historical journals and in the pages of the Christian Science Monitor, Present Tense, Newsday, Congress Monthly, the New York Times, the Boston Globe and Hampshire Life.

With a secondary career as a freelance writer and travel journalist and photographer, he is a frequent contributor to a variety of newspapers and both print and web-based magazines, including Travelworld International and SoGoNow.com, which he edited for several years. In 2011 he received the silver medal of the North American Travel Journalists Association for With Few Reservations: Travels at Home and Abroad (iUniverse, 2010), a collection of his travel essays. He recently started working in an entirely new literary genre, children’s literature. His first book, Max, the Sea-Dog, was published in the spring of 2018.

He has long been active in professional academic organizations. Former president of the Eastern Sociological Society (ESS) and the Robin M. Williams, Jr. Distinguished Lecturer in that same organization in 2016, he was also the first president of the Massachusetts Sociological Society and served as vice president of the ESS and the National Society for the Study of Social Problems, a member of the Council of the American Sociological Association, and a member of the editorial boards of Races and Nations, The Journal of Refugee Studies and New Community. From 1965 to 1980 he was consulting editor in sociology at Random House/Knopf and was principal consultant to Time-Life Books for its 14-volume series Human Behavior. He has also been a consultant and adviser to a number of other publishers as well as to private and governmental agencies in the United States and abroad on issues of desegregation, refugee policy, international scholarly exchanges and higher education, and for 20 years he was a member of the board of trustees of the Salt Institute for Documentary Studies in Portland, Maine. He is a member of the American Society of Journalists and Authors, the North American Travel Journalists Association and several other professional writers associations.

Rose was first chair of the Advisory Board of University College Utrecht, an international honors college of Utrecht University (modeled on Smith College) and UCU’s newer sister institution, Roosevelt University College, both located in the Netherlands. Each spring he serves on the faculty of the Global Citizenship Alliance Program based at the Salzburg Global Seminar in Austria, where he is also a member of the American Studies Advisory Committee and fellow of the SGS.

He and his wife, Hedy, live in Northampton and Wellfleet, Massachusetts.

Pride, Prejudice, and the Politics of Fear (Routledge, 2021).

Guest Appearances and Other Travels in Time and Space (Swallow Press, 2003).

The Dispossessed: An Anatomy of Exile (University of Massachusetts Press, 2005)

The Threat of War: Policy and Public Opinion, with Jerome Laulicht (special issue of Social Problems, 11: 1963).