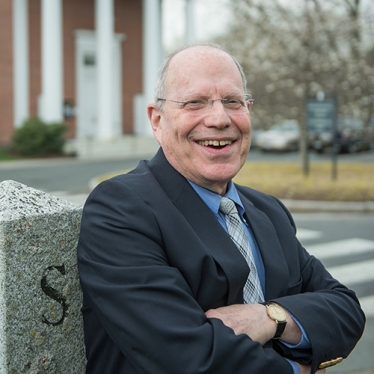 Peter Bloom took his B.A. at Swarthmore College, studied the oboe under John de Lancie at the Curtis Institute of Music, and took his M.A. and Ph.D. at the University of Pennsylvania. He came to Smith College in 1970, moved through the ranks, and in 2000 became the Grace Jarcho Ross 1933 Professor of Humanities. His teaching over the years concentrated on the music of the 18th and 19th centuries, with particular attention to Mozart, Beethoven, Wagner, and music in France from the Great Revolution to the First World War. In 2012 he gave the 54th annual Katharine Asher Engel Lecture on “Berlioz, Delacroix, and La Mort d’Ophélie.”

Bloom has published on Robert Schumann, Richard Wagner, and Claude Debussy (his edition of Debussy’s Quatuor à cordes appeared in the Œuvres Complètes de Claude Debussy in 2015), but he is best known for his books, editions and essays on the life and work of Hector Berlioz. He is author of The Life of Berlioz (Cambridge University Press) and editor of five collections of essays on Berlioz and his era (Cambridge University Press; University of Rochester Press). He is the editor of two volumes of the New Berlioz Edition (Bärenreiter), co-editor of the Dictionnaire Berlioz (Fayard), and a member of the editorial board of the Critique musicale d’Hector Berlioz Buchet-Chastel/Société française de musicologie). He completed a supplementary volume of the Correspondance générale Hector Berlioz (Actes Sud/Palazzetto Bru Zane) in 2016, and is now senior adviser to the new online edition of Berlioz’s complete correspondence appearing under the aegis of the École Pratique des Hautes Études, Paris. His new critical edition of the Mémoires d'Hector Berlioz (Librairie Philosophique J. Vrin) appeared in 2019.

For his work on the famous French composer, Bloom was awarded the medal of the Berlioz Society, London, in 2016.