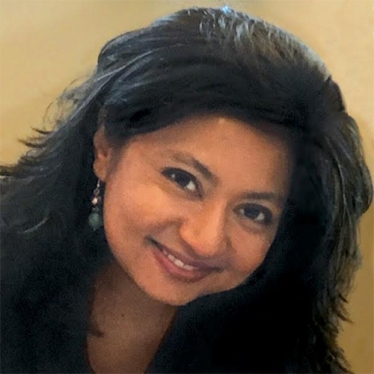 Spring 2022
By appointment made in advance (Zoom)

Payal Banerjee’s research focuses on globalization, the political economy of migration and immigrant experiences, and the centrality of state policies in structuring labor incorporation and status displacement. Banerjee produced some of the earliest publications on Indian immigrant IT workers living in the US on H-1B visas, legal precarity, and the racialization of their immigration statuses in the US. This work has appeared in Critical Sociology; Race, Gender, and Class; International Feminist Journal of Politics; Irish Journal of Anthropology; Women's Studies Quarterly; Social & Public Policy Review; Man in India; and, in several edited volumes. At present, Banerjee is working on a book manuscript that takes up the question of visas, race, and globalization beyond the basics of neoliberalism and US immigration policies.

Alongside this thread on H-1B visas, Payal has focused on a generally under-researched area: Chinese minorities’ persecution, incarceration, and disenfranchisement in postcolonial India. Her articles on this subject have addressed how the India-China War (1962) inaugurated a form of anti-Chinese nationalism and modern political violence, bringing into immediate effect a new status for anyone of Chinese origin: enemy aliens, affiliated with an enemy nation, regardless of the fact of formalized Indian citizenship or multi-generational, integral belonging in India’s diverse multi-ethnic population for well over a century. This work has appeared in China Report; Security and Peace; Huaqiao Huaren Lishi Yanjiu (Overseas Chinese History Studies, in Mandarin); Asian Journal of Comparative Politics; and, in Doing Time with Nehru (book Introduction, 2016); and in Sino-Indian Border War of 1962: New Perspectives.

As a member of the Borders Studies Group, Banerjee has co-published India China: Rethinking Borders and Security (2016). Her other work on aspects of globalization and privatization in India has appeared in Perceptions and as a special UNRISD publication, The Political Economy of Green Growth in India (Banerjee and Sood 2012).

Banerjee has also been a research fellow at the BRICS Policy Center (BPC) in Rio de Janeiro, Brazil. She has held teaching appointments at the Graduate Program in International Affairs (GPIA), The New School, and at Sikkim University and FLAME (both in India).

Banerjee has received the Sherrerd Prize for Excellence in Teaching and the annual Teaching Award from the Student Government Association (SGA) at Smith. In addition to teaching general classes in sociology, Banerjee offers courses on gender and global political economy, migration, social theory and a colloquium on Bollywood and globalization. She is also affiliated with Smith's Study of Women and Gender (SWG) and the South Asian Studies Minor.