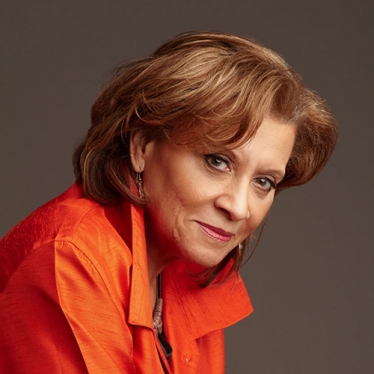 Paula J. Giddings is Elizabeth A. Woodson 1922 Professor Emerita of Africana Studies. She is the author of When and Where I Enter: The Impact of Black Women on Race and Sex in America; In Search of Sisterhood: Delta Sigma Theta and the Challenge of the Black Sorority Movement; and, most recently, the biography of anti-lynching activist Ida B. Wells, Ida: A Sword Among Lions, which won The Los Angeles Times Book Prize for Biography and was a finalist for the National Book Critics Circle award.

Ida was deemed one of the best books of 2008 by The Washington Post and the Chicago Tribune, and earned the first inaugural John Hope Franklin Research Center Book Award presented by the Duke University Libraries. The book also won the Letitia Woods Brown Book Award from the Association of Black Women Historians and the Outstanding Book Award from the Gustavas Myers Center for the Study of Bigotry and Human Rights.

Giddings is also the editor of Burning All Illusions, an anthology of articles on race published by The Nation magazine from 1867 to 2000.

She is a former book editor and journalist who has written extensively on international and national issues and has been published by The Washington Post, The New York Times, The Philadelphia Inquirer, Jeune Afrique (Paris), The Nation, and Sage: A Scholarly Journal on Black Women, among other publications.

Before attaining the position of professor of Africana studies at Smith College, Giddings had taught at Spelman College, where she was a United Negro Fund Distinguished Scholar; Douglass College/Rutgers University, as the Laurie Chair in Women’s Studies; and Princeton and Duke universities.

Giddings joined Smith College in 2001. She served as the editor of Meridians, feminism, race, transnationalism, a peer-reviewed feminist, interdisciplinary journal that provides a forum for the finest scholarship and creative work by and about women of color in U.S. and international contexts. She also served as the department chair and honors thesis adviser for the department of Africana studies. In 2017, Giddings was elected to the American Academy of Arts and Sciences.

Ida, A Sword Among Lions: Ida B. Wells and the Campaign Against Lynching. Amistad/Harper Collins, 2008.

In Search of Sisterhood: Delta Sigma Theta and the Challenge of the Black Sorority Movement. William Morrow & Co, 1988.

When and Where I Enter: The Impact of Black Women on Race and Sex in America. William Morrow & Co, 1984.