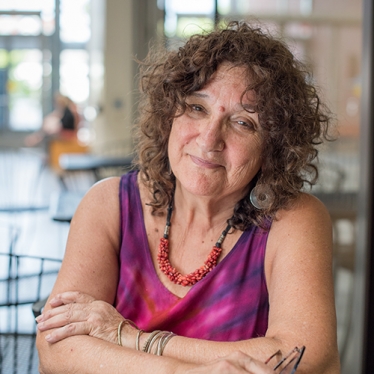 Nancy Saporta Sternbach teaches Latin American and Latina studies and has published widely on U.S. Latinas. She co-edited with Alberto Sandoval-Sanchez the book Puro Teatro: A Latina Anthology, and co-authored with him a complementary volume of criticism on Latina playwrights called Stages of Life: Transcultural Performance & Identity in U.S. Latina Theater.

Sternbach's recent courses include Buen Provecho: Food in the Spanish-Speaking World, What's in a Recipe?; Central American Poetry of Love and Revolution; The Bronze Screen: Latin@s in Literature and Film; Transnational Latina Feminisms; Central American Literature; Testimonial Literature; and all levels of Spanish. She is also the Global STRIDE mentor, teaching a class on Intercultural Competencies to incoming students each year.

She has served as the resident director and executive director of the PRESHCO program in Córdoba, Spain, and advises students on study abroad. In Spring 2014, Sternbach was a Fulbright Scholar in Istanbul, and her latest research project is a Sephardic Turkish cookbook.