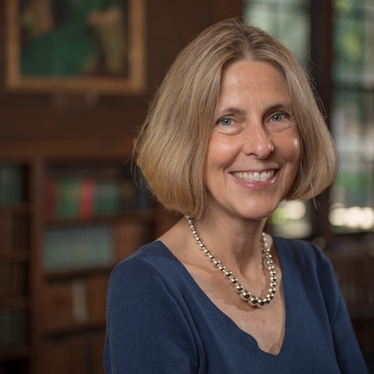 Nancy Mason Bradbury retired in the Spring of 2021. She continues to teach in Perspectives on Book Studies, the gateway course for the Book Studies Concentration, and to write about the poetry of Chaucer, medieval romances and tales, proverbs and other microgenres, literary representations of the language of medieval peasants and 19th-century medievalism.

The courses she taught included Chaucer, English Literary Tradition I, Victorian Medievalism (with Cornelia Pearsall), Arthurian Legend, a seminar on Robin Hood, and a first-year seminar, Eden and Other Gardens, in cooperation with the Botanic Garden. Her courses often drew upon Smith’s distinctive collections, from plants to rare books.

Her recent publications include an essay collection, Medieval Women and Their Objects (2017), co-edited with Jenny Adams, and an essay on Middle English healing charms in World of Oralities (2020), ed. Mark Amodio. She is writing a book on the uses of proverbs in Chaucer’s Canterbury Tales. Her articles have appeared in Speculum, Studies in the Age of Chaucer, Chaucer Review, Medium Aevum, Oral Tradition, Studies in Philology and Studies in English Literature 1500–1900.

Bradbury participated in Smith’s Book Studies Concentration and Medieval Studies Program, and chaired the English department from 2008–11 and in the spring of 2019.

Medieval Women and Their Objects. Co-edited with Jenny Adams. University of Michigan Press, 2017. Twelve essays including her own, "Zenobia’s Objects."

"The Proverb as Embedded Microgenre in Chaucer and The Dialogue of Solomon and Marcolf." Exemplaria 27 (2015): 55-72. Special issue on Genre Theory.

"'A Definite Claim to Beauty': The Canterbury Tales in the Kelmscott Chaucer." In Essays on Aesthetics and Medieval Literature in Honor of Howell Chickering. Ed. John Hill, Bonnie Wheeler, and R. F. Yeager. Toronto: Pontifical Institute, 2014. 262-90.

The Dialogue of Solomon and Marcolf: A Dual-Language Edition from Latin and Middle English Printed Editions. With Scott Bradbury. Kalamazoo, MI: Medieval Institute, 2012.

The Afterlife of Origins. Co-edited with Arlyn Diamond. Symposium with six contributors in Studies in the Age of Chaucer 28 (2006): 219-70.