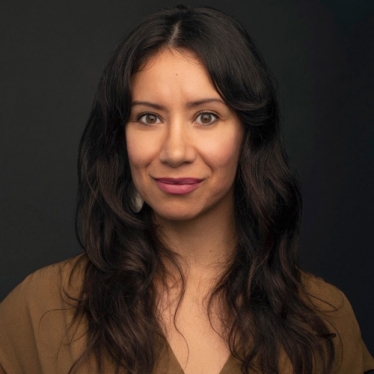 M.F.A., University of Illinois at Urbana-Champaign

Monica Lopez Orozco, Assistant Professor of Theatre, holds an MFA in Acting from University of Illinois at Urbana-Champaign and has worked on stages across the country and in Chicago. Notable institutions include: Goodman Theatre, Chicago Shakespeare Theater, Northlight Theatre, Victory Gardens Theater, and Utah Shakespeare Festival. Ms. Lopez Orozco has also appeared in numerous commercials and on television in various episodes of Chicago Med (NBC) and Soundtrack (Netflix). She most recently appeared this past winter in Heisenberg at Northern Stage. Previous directing credits include; The American Life of Dieguito Rivera y Kahlo with The Vagrancy’s Michigan Chapter (virtual reading, summer 2021) and Failure: A Love Story (spring 2021) and Nowhere (spring 2022), an original new work developed by students, at Oakland University where she was a visiting assistant professor from 2019-2022. As an educator and scholar, Ms. Lopez Orozco's foci include; decentering traditional theater training practices in order to incorporate and elevate voices from marginalized perspectives and championing linguistic justice in actor speech training. She is currently researching practices grounded in energy work to interrogate the connection between the mind and body and its ability to heal, promote whole being wellness for the performer, and stimulate creative flow.