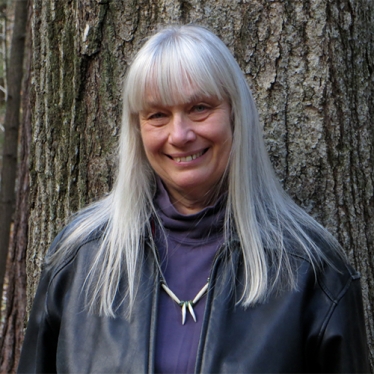 Monica Jakuc (pronounced Ya-kutch) Leverett is the Elsie Irwin Sweeney Professor Emerita of Music at Smith College, where she taught from 1969-2008. She is a frequent solo and chamber music performer in Western Massachusetts, playing on both early and modern pianos, as well as on toy piano. A number of living composers have written works for her, including Ronald Perera, Donald Wheelock, Scott Wheeler and Kaeza Fearn. She also presents lecture-recitals on women composers, and has been a featured artist at International Alliance for Women in Music concerts in London and Washington, D.C.

Ms. Jakuc Leverett played debut recitals at Alice Tully Hall NYC (on two pianos with Kenneth Fearn), and at Merkin Hall NYC, and in London, with her signature piece, J.S. Bach’s “Goldberg” Variations. She has also toured with that work in Japan, and on the East and West coasts of the US.

Inspired by Malcolm Bilson, Ms. Jakuc Leverett has performed on early pianos since 1986. She has been a frequent guest artist at The Frederick Historic Piano Collection in Ashburnham, Massachusetts, and has given a fortepiano recital in the Klementinum, Prague, Czech Republic. A former board member of Arcadia Players, she has performed with them on her two Paul McNulty fortepianos.. She was a performer/participant in the Westfield Center’s Forte/Piano Festival at Cornell University in Ithaca, NY in August 2015.

Born in Newark, New Jersey, Ms. Jakuc Leverett received B.S. and M.S. degrees from Juilliard, where she studied with James Friskin and Beveridge Webster. She has also worked with Russell Sherman, a pupil of Eduard Steuermann, and Leon Fleisher and Konrad Wolff, pupils of Artur Schnabel.