Provost and Dean of the Faculty; Helen Means Professor of English Language & Literature 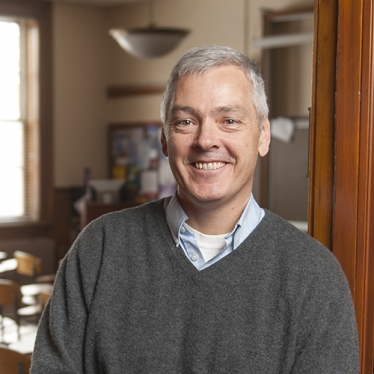 Michael Thurston is the Helen Means Professor of English Language and Literature. Since his arrival at Smith in 2000, he has taught courses on 20th-century poetry in English, modernism, American literature and American studies. His primary research interest is modern and contemporary poetry, on which he has published three books and numerous articles. In addition, he publishes on the work of Henry David Thoreau and Ernest Hemingway and, with the support of a fellowship from the National Endowment for the Humanities, he is writing a biography of the literary critic and Harvard professor, F.O. Matthiessen. In 2010, he was awarded Smith's Sherrerd Prize for Distinguished Teaching. He has contributed substantially to faculty governance at Smith, serving as chair of Faculty Council and on the Committee on Tenure and Prpmotion, directing the American Studies Program, and chairing the English department. He is currently provost and dean of the faculty.