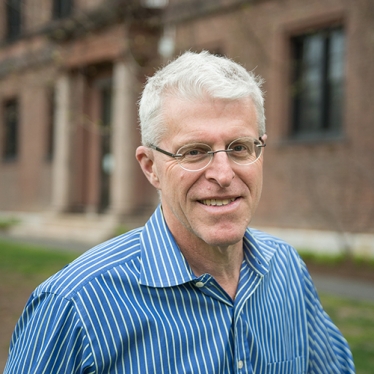 Michael Gorra came to Smith in 1985, and works primarily with 19th- and 20th-century fiction.

His latest book is The Saddest Words: William Faulkner's Civil War (2020). Earlier books include Portrait of a Novel: Henry James and the Making of An American Masterpiece (2012), a finalist for the Pulitzer Prize in Biography; The Bells in Their Silence: Travels through Germany (2004); After Empire: Scott, Naipaul, Rushdie (1997); and The English Novel at Mid-Century (1990).

As editor Gorra has put together volumes of stories by Joseph Conrad and Henry James for Penguin, along with the Norton Critical Editions of Faulkner's As I Lay Dying and The Sound and the Fury. He has received a Guggenheim fellowship, two fellowships from the National Endowment for the Humanities, including a Public Scholar Award, and a National Book Critics Circle award for his work as a reviewer. His essays and reviews have appeared in the New York Review of Books, the TLS, The Atlantic, and The New York Times Book Review, among others, and his travel essays have twice been included in the annual volumes of Best American Travel Writing. In 2014 he was a judge for the National Book Award in fiction.