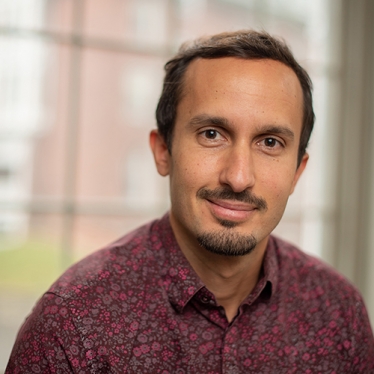 Mehammed Amadeus Mack earned his doctorate in French and comparative literature from Columbia University, where he completed a dissertation titled "Immigration and Sexual Citizenship: Gender, Sexuality, and Ethnicity in Contemporary France." His first book, Sexagon: Muslims, France, and the Sexualization of National Culture, was released from Fordham University Press in January 2017, and earned honorable mention prizes from the Arab-American Book Awards in the nonfiction category and from The Association for Middle East Women's Studies (AMEWS). His next book project focuses on dystopian visions of a European future in which the continent has been overrun by immigrants. It is tentatively titled "Eurabia: Reverse Crusades and Counter-colonization in European Culture."

Mack's research focuses on contemporary immigration to France, gender and sexuality, diversity in the banlieues, and the relation between culture and politics. His larger teaching and research interests include Franco-Arab cultures, travel literature, the development of French Islam and media studies. He has been interviewed by Radio France Culture and CBC Radio, appeared on the TV program Touche pas à mon poste, recorded audio-guides for the Museum of Modern Art (NYC), and has published articles in the French Review, the Journal of Arabic Literature, Comparative Literature Studies, The Revealer, Hétérographes, Jadaliyya, SITES, Al Jazeera English, Contretemps, The Funambulist, and Newsweek.

Mack worked as a journalist at the LA Weekly prior to entering academia. He loves tennis, gardening, electronic music and snow sports.