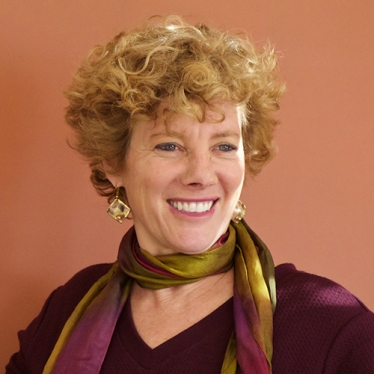 Marsha Kline Pruett joined the Smith faculty from the Department of Psychiatry at the Yale School of Medicine. Her interests focus on family relationships and transitions, and the interactions between families and the primary systems of which they are a part. She is the recipient of numerous federal, state and private foundation grants and is known nationally for the development, implementation and evaluation of preventive interventions in schools and courts.

Kline Pruett's writings include scholarly articles, chapters, three co-edited books and two books: Your Divorce Advisor: A Lawyer and a Psychologist Guide You Through the Legal and Emotional Landscape of Divorce (2001, Simon and Schuster); and Partnership Parenting (2009, Perseus). Her current intervention and research areas include supporting father involvement to reduce incidence of child abuse and neglect, evaluation of parenting coordination, and curriculum development for legal and health professionals to integrate new science into practice. She is also working with Smith College colleagues to develop a course on child trafficking and an undergraduate concentration in community-based learning that will include small groups facilitated by School for Social Work students.

In addition to producing academic writing, Kline Pruett disseminates her work through speaking engagements and consultations across North America and abroad and has served as a commentator on numerous radio and television news.

Kline Pruett's research areas focus on family dynamics and development, both normative and non-normative, with a specialization in the promotion of healthy child and family development during life transitions, particularly those transitions related to adverse events or circumstances. Her clinical research incorporates preventive interventions, consultation, program design and evaluation.

One current area of research and intervention concentrates on increasing fathers' involvement with their children. The Supporting Father Involvement project aims to reduce child abuse and neglect and enhance family well-being through an intervention that encourages father involvement and couple co-parenting (among married and unmarried parents) in family resource centers. The Office of Child Abuse for the State of California has funded a 10-year study that examines the efficacy of father-only versus couples intervention groups against a third condition control group. In the last phase of the project, intervention effectiveness is compared for child welfare–involved and non-involved families. The project is producing timely new data about how to involve men early in their children’s lives, and how to best work with parents to maintain the father’s involvement and promote the children’s development. Dissemination of the project is currently underway throughout the state and in the Department of Social Services.

Students are involved in every aspect of research and writing. Both undergraduates and social work graduate students are involved in these various projects. Students have learned research skills and published book chapters and articles. Examples of former and current roles played by SSW master’s students include co-writing a solicited book chapter, coding parent and videotapes, and conducting focus groups with adults and children. Doctoral students also attend and present at conferences and seminars that Kline Pruett attends in the local or national community. This research has often been accompanied by student stipends.

A second major area of work involves work with separated or divorced parents in conflict within or outside of the legal system. In addition to her co-authored book with California Attorney/Mediator Diana Mercer, Your Divorce Advisor: An Attorney and Psychologist Lead You Through the Legal and Emotional Landscape of Divorce, she edited a special issue of the Family Court Review, “Separated and Unmarried Fathers and the Courts” (2003), and a collection of Family Court Review papers with personal commentary, titled “Overnights and Young Children” (2005). In this latter compilation, she discusses the implications of considering young children’s attachment in developing and implementing parenting plans. Her research on a model continuum of effective and cost-efficient co-parenting services in the Connecticut courts earned her the prestigious Association of Family and Conciliation Courts Stanley Cohen Award for Distinguished Research. Recently, she began evaluating the process and effectiveness of parenting coordination, a relatively new role for legal and mental health professionals that provides intensive co-parenting support combining case management, education, dispute resolution and coordination of communication for high-conflict co-parents.

In addition to producing new research, Kline Pruett is currently involved in making research more accessible to parents, nurses, mental health professionals and legal professionals through the development of curricula that integrate new science in six areas: 1. Plasticity of Human Development; 2. Impact of Early Adverse Experiences; 3. Risk Factors in Addiction; 4. Resilience in the Face of Risk; 5. Paternal Engagement; 6. Co-parenting Perspectives. Through various curricular training programs, professionals learn core concepts that define each of the six topics and learn about groundbreaking research that has shaped these fundamental ideas. Clinical implications and practical translations of the curriculum material are emphasized. Training opportunities and structures also aim to foster systems-level change, as professionals working in different settings and at different levels have opportunities to interact with each other and reconsider their approach to prevention and early intervention.

2011: American Board of Professional Psychology, Couple and Family Psychology.

2010: Men-in-Families Best Research Article Award, awarded by Focus Group of the Research and Theory Section of the National Council on Family Relations.

Webinar on Supporting Father Involvement for the National Family Preservation Network, April 12, 2010, http://www.nfpn.org/demo/165-free-fatherhood-webinar.html, over 300 attendees signed up to date.

Webinar on Tools for Assessing Father Friendliness in Organizations, June 24, 2010.

Pruett, M.K. (July 23, 2010). From ‘Your father let you do what?’ to healthy co-parenting. 2nd National Research Conference on Child and Family Programs and Policy, Bridgewater State College, Bridgewater, MA.

Pruett, M.K. (November 19, 2010). Partnership Parenting: How fathers and mothers parent differently and making the most of it for your children. Ninth Annual Conference of the Massachusetts Family Mediation Institute, Wellesley, MA.