Professor of Spanish and Portuguese 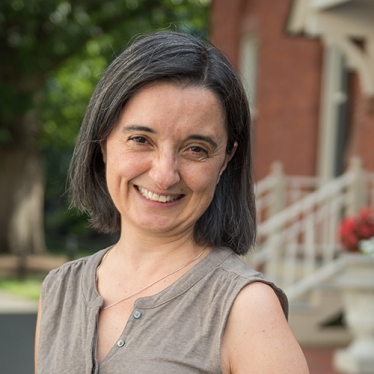 María Helena Rueda offers courses on Latin American literature and culture since the late 19th century, and on Latin American film. Her teaching addresses the languages and cultures of Latin America in the context of a history marked by conflicts and change, discussing the region's cultural production as one of the ways in which the population makes sense of such conflicts and the effects they have in their lives. Some of the topics covered in her classes are violence and its representation, magical realism, cultural memory and human rights, and Latin American literature and film in the age of globalization.

Rueda’s La violencia y sus huellas: Una mirada desde la narrativa colombiana, reflects on the ethical aspects of narratives of violence in Colombia. She is also the coeditor of Meanings of Violence in Contemporary Latin America, a volume that addresses the proliferation of increasingly complex forms of violence in the region.

She has published articles on the cultural implications of violence and its representation in Latin America, particularly in Colombia, and on film and visual culture in the region, in journals such as Revista Iberoamericana, Cuadernos de Literatura, Revista de Crítica Literaria Latinoamericana and Revista Canadiense de Estudios Hispánicos. She is working on a book project that studies films dealing with the legacies of repressive regimes and civil wars in present-day Latin America, particularly in Chile, Colombia and Perú.