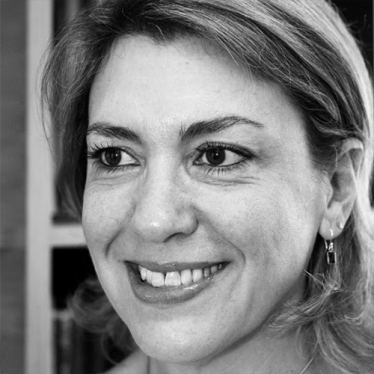 María Estela Harretche offers courses on transatlantic studies, theater as a form of cultural resistance, poetry in exile, women's activism and social justice in Latin America through art, and performance studies. She held the San Martín Visiting Chair at the Hebrew University of Jerusalem in 2008 and taught at the Universidad Complutense de Madrid in 2012.

Harretche’s research focuses on questions of representation at the intersection of cultural production and transnational junctions through the genres of poetry and theater. She serves on the advisory boards of the Latin American and Latino/a Studies Program and the Poetry Concentration.

Her book on Federico García Lorca, Análisis de una revolución teatral, explores the aesthetic changes in the poet’s writing during his visit to New York, Vermont and Cuba. Her chapter in Historia del Teatro Español, follows the itinerary of Lorca’s theatrical production from his early work until those only known after his death. The critical edition of Juan Ramón Jimenéz's Leyenda (Visor, 2006) brings to light the symphonic dimension of this poetic masterpiece.

Harretche has also published articles on 20th-century Spanish poetry in exile, a project that is to culminate in a book tentatively titled Orillas en tensión: Puente de una escritura dislocada (Shores in Tension: The Bridge of "Dislocated Writing”). More recently, she has been working on examining theatrical representations of Spanish and Argentine society in the aftermath of dictatorship.