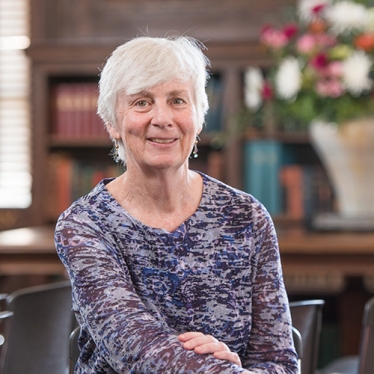 Lynn Oberbillig was named director of athletics at Smith in the spring of 1994. A graduate of the University of Iowa, she received an M.A. from Iowa in athletic administration and an M.B.A. from Nicholls State University. She coached softball and basketball at Division I Nicholls State for 10 years. Her softball teams were consistently ranked nationally in the top 20 and ranked 10th in 1985. After 25 years as a Smith College athletics administrator, Oberbillig moved to full-time teaching in 2015.

As a lecturer in the exercise and sport studies department, Oberbillig teaches a number of graduate courses preparing students to be collegiate coaches. Among those courses are Seminar in Pedagogy, Legal Issues in Sport, Practicum in Coaching, and Seminar in Administration of Athletic Teams. On the undergraduate level she teaches Intro to Exercise & Sport Studies, Topics in Collegiate Sport, golf, badminton and archery.

Oberbillig completed a four-year tenure on the NCAA Management Council for Division III, serving as chair the last two years. During this service stint, Oberbillig was a member of the President's Council, Executive Committee, Championships Committee and the Committee on Women’s Athletics for Division III.

In 2011, Oberbillig received the distinguished Katherine Ley Award given to an individual who has impacted the lives of women in collegiate sport.