Associate Professor of the Study of Women & Gender 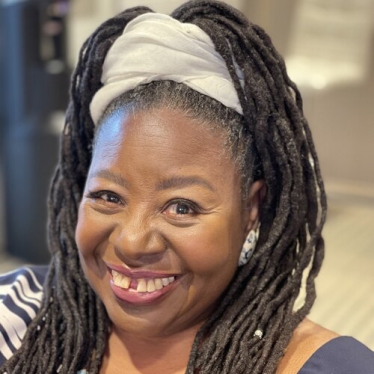 Loretta J. Ross teaches a course on White Supremacy, Human Rights and Calling In the Calling Out Culture as a visiting associate professor at Smith College. Since beginning her academic career in 2017, she has taught at Hampshire College, Arizona State University and Smith College as a visiting professor of clinical practice teaching courses on White Supremacy in the Age of Trump, Race and Culture in America and Reproductive Justice.

Ross has appeared on CNN, BET, "Lead Story," "Good Morning America," "The Donahue Show," the National Geographic Channel, and “The Charlie Rose Show.” She has appeared in The New York Times, Time Magazine, The Los Angeles Times, The Washington Post and Oprah Winfrey Radio, among others.

Her activism began at 16 when she was tear-gassed at a demonstration as a first-year student at Howard University in 1970. As part of a 50-year history in social justice activism, she was the national coordinator of the SisterSong Women of Color Reproductive Justice Collective from 2005–12, and co-created the theory of Reproductive Justice in 1994. Ross was national co-director of the April 25, 2004, March for Women’s Lives in Washington D.C., the largest protest march in U.S. history at that time with 1.15 million participants. She founded the National Center for Human Rights Education (NCHRE) in Atlanta from 1996–2004. Before that, she was the program research director at the Center for Democratic Renewal/National Anti-Klan Network, where she led projects researching hate groups and working against all forms of bigotry with universities, schools and community groups. She launched the Women of Color Program for the National Organization for Women (NOW) in the 1980s and was national program director of the National Black Women’s Health Project. She was one of the first African American women to direct a rape crisis center in the 1970s, launching her career by pioneering work on violence against women.

“Calling In Rather Than Calling Out: When #Me Too Meets Reproductive Justice,” Loretta Ross and Toni M. Bond, Rewire.News, April 2019.

“The Color of Choice: White Supremacy and Reproductive Justice,” Color of Violence: Incite! The Anthology, 2016.

The Origin of the Term ‘Women of Color’