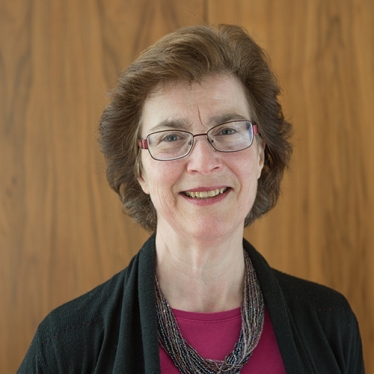 As a professor of religion and a member of the Jewish Studies Program, Lois Dubin teaches a range of courses on Jewish history and thought; world religions; and women, spirituality and feminist politics. These include REL 105, Introduction to World Religions; REL 106, Women and Religion (co-taught with Vera Shevzov); REL 200, Approaches to the Study of Religion, with an emphasis on ritual; REL 221, Philosophers and Mystics; JUD 125/REL 225, Intro to Jewish Civilization, with an emphasis on food and foodways; REL 223, The Modern Jewish Experience; REL 227, Women and Gender in Jewish History, as well as upper-level seminars on various topics such as Judaism, feminism, and religious politics in the United States. She has served as chair of the religion department as well as director of the Jewish Studies Program. She enjoys the intellectual comradeship of colleagues in other departments and programs, and especially the interdisciplinary projects of the Kahn Liberal Arts Institute involving both faculty and students.

Dubin has published widely on 18th- and 19th-century Jewish history and thought. She analyzes the cultural and political movements of Enlightenment and Emancipation that fostered the integration of Jews in modern Europe, with particular attention to Italy and Habsburg Central Europe. She developed the concept of Port Jews to address the commerce, culture and politics of early modern Jewish mercantile communities and networks. She also studies the emergence of civil marriage and divorce in 18th-century Europe and its transformative effects on the relations of Jews and Judaism to modern states and upon Jewish women.

Her award-winning book The Port Jews of Habsburg Trieste: Absolutist Politics and Enlightenment Culture (1999) was also published in Italian as Ebrei di porto nella Trieste asburgica: Politica assolutista e cultura dell’Illuminismo (2010). She edited two special issues of the journal Jewish History: “Port Jews of the Atlantic” (2006) and “From History to Memory: The Scholarly Legacy of Yosef Hayim Yerushalmi” (2014)—to which she contributed the article “Yosef Hayim Yerushalmi, the Royal Alliance, and Jewish Political Theory.” Dubin's current projects are the archival-based microhistory Rachele's Pursuits: Love, Law, and Liberty in Revolutionary Europe and a study of Italian Jewish political theory in the Revolutionary era titled “Between Moses and Napoleon.”

Dubin has also written on contemporary Jewish feminist theology and ritual. Her articles include “Who’s Blessing Whom? Transcendence, Agency and Gender in Jewish Prayer” (Cross Currents, 2002); “A Ceremony for Remembering, Mourning, and Healing after Miscarriage” (Kerem 1995-96); and "Fullness and Emptiness, Fertility and Loss: Meditations on Naomi's Tale in the Book of Ruth," in Kates and Reimer, eds., Reading Ruth: Contemporary Women Reclaim a Sacred Story (1994).

Dubin has lectured widely in the United States, Canada, Europe, Israel and South Africa. She serves on the boards of several scholarly journals and organizations.