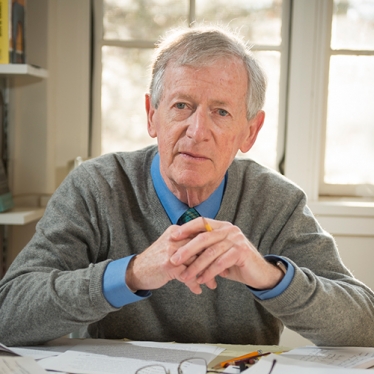 Lester K. Little is Dwight W. Morrow Professor Emeritus of History and a senior fellow of the Kahn Liberal Arts Institute at Smith College. He is a former director of the American Academy in Rome, a past president of the Medieval Academy of America, and also a past president of the International Union of Institutes of Archaeology, Art History and History in Rome. From 2000 to 2005 he served on the board of directors of the Commission for Educational and Cultural Exchange between Italy and the United States.

A specialist in the social history of religion and religious movements in the European Middle Ages, Professor Little has written several books; some of his principal publications are listed below. He also edited and wrote the introduction for Plague and the End of Antiquity: the Pandemic of 541–750, a collection of 12 essays on the history, archaeology and epidemiology of the so-called Plague of Justinian, the first historically documented pandemic of bubonic plague in history.

His most recent publication is Indispensable Immigrants: The wine porters of northern Italy and their saint. In addition to preparing an Italian version of this book, he is working on a comparative study of the identity formation of the Japanese living in the shadow of the Chinese Empire, of the Arabs in that of the Persian and Byzantine Empires, and of the Europeans (Celts and Germans) in that of the Roman Empire. He is also preparing an essay on the simultaneous and diametrically opposed developments of the Evangelical Awakening (also known as the Reformation of the Twelfth Century) and the rise of the papal monarchy.