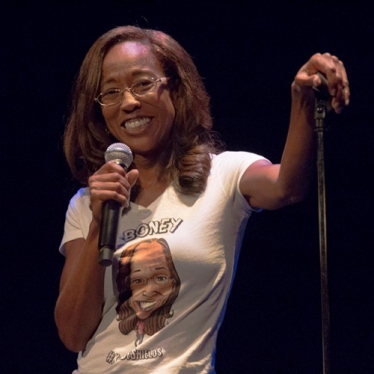 Kim DeShields is a professional comedian from Amherst with a bachelor’s in theater from Spelman College. She has had a rise to the top, working comedy clubs throughout the United States and abroad. She was a semifinalist on Nick at Nites Funniest Mom, a contestant on Last Comic Standing, has appeared on Wendy Williams’ Street Talk, and co-founded the comedy company Comedy As A Weapon. She has opened for comedy giants such as Tracy Morgan, Mike Epps, Leslie Jones, Maria Bamford and Donnell Rawlings. Kim specializes in performance, writing and analysis, which lends to her ability to connect with different demographics.