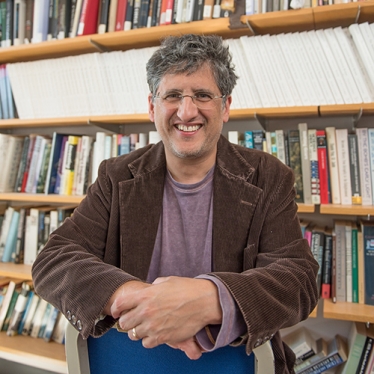 Kevin Rozario teaches courses in American popular culture, media studies and cultural theory. After receiving his doctorate in 1997, he taught at Oberlin and Wellesley colleges before coming to Smith.

Although trained as a historian, Rozario also maintains interdisciplinary interests that keep pulling him into such other fields as cultural theory, media studies, race and gender studies, literary criticism, philosophy, economics, environmental history, and politics. He endeavors to incorporate these approaches in his writing. He is currently writing two books, The Art of Destruction: The Making and Breaking of the World and Romancing the Underground: Capitalism, Race, and the Unmaking of the World.

His first book The Culture of Calamity: Disaster and the Making of Modern America won the 2008 Lois P. Rudnick Book Prize awarded by the New England American Studies Association. He has made ventures into the media, including interviews with NPR, the BBC, the Chronicle of Higher Education and new media outlets like Alternet. In addition to critiquing culture, he sometimes attempts to produce it: writing, playing guitar and singing for Merchant Bankers—a local band that performs melodic, occasionally dissonant, alternative rock. He also played guitar in the now sadly defunct American Studies band The Distractions.

Whatever Happened to the Underground? The Culture of Capitalism and the Paradoxes of Dissent. Forthcoming.

The Culture of Calamity: Disaster and the Making of Modern America. University of Chicago Press, 2007.