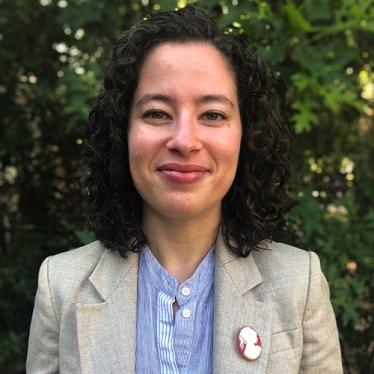 Kathleen Pierce received her doctorate in art history from Rutgers University. Her research explores intersections of art and medicine in the 19th- and early 20th-century French empire. She is at work on a book manuscript, tentatively titled Ephemeral Surfaces: Paper, Paint, and Pathological Skin in the Fin-de-Siècle French Empire. The project examines a broad range of objects—from dermatological illustrations and wax-cast models, to public health posters and Cubist painting and collage—to elucidate relationships between pathological skin and the surface of modern art. The project reveals shared modes of conceptualizing and visualizing the surface across the spheres of medicine, public health and artistic production. It also illuminates historically specific modes of understanding the rise of the modernist surface in the early 20th century. Her research has previously been supported by the Andrew W. Mellon Foundation, the Center for Cultural Analysis at Rutgers University and the Osler Library of the History of Medicine at McGill University, and has been recognized with prizes by the Society for French History Studies and the journal Medical History.

At Smith College, Pierce teaches courses on the art and visual culture of the long 19th century. Her pedagogy emphasizes how images construct 19th-century understandings of race, gender, health and power, and she encourages students to recognize how this thinking continues to permeate contemporary culture. She has offered courses on topics including: art and medicine; the imbrication of the decorative arts and imperialism in the West; race and gender in the history of photography; and the intersection of art history and animal studies.

“New Spaces for a New Midwifery at the Lying-In Hospital of the City of New York,” Buildings & Landscapes: Journal of the Vernacular Architecture Forum 29, no. 1 (forthcoming 2022).

“Are Our Genes Really Our Fate? DNA’s Visual Culture and the Construction of Genetic Truth,” Nursing Clio (2018).