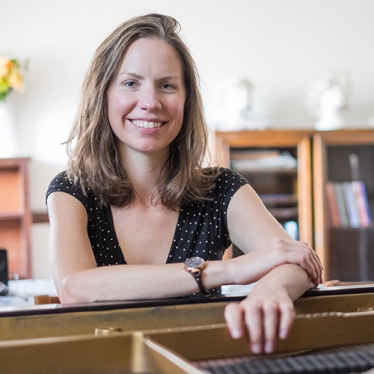 Kate Soper is a composer and vocalist whose work explores the integration of drama and rhetoric into musical structure, the continuums of expressivity and intelligibility, and the eclectic landscape of the human voice. She has received awards and commissions from the Guggenheim Foundation; the American Academy of Arts and Letters (Goddard Lieberson and Charles Ives awards); the Koussevitzky Foundation; Chamber Music America; the Lili Boulanger Memorial Fund; the Music Theory Society of New York State; and ASCAP, and residencies and fellowships from the Radcliffe Institute for Advanced Study; the Camargo Foundation; the Macdowell Colony; Tanglewood; Royaumont; and Domaine Forget, among others. Her works have been commissioned by ensembles including the American Composers Orchestra, Carnegie Hall, the Tanglewood Music Center/BUTI, Alarm Will Sound, Line Upon Line percussion, Yarn/Wire, Due East, Dinosaur Annex, and the MIVOS string quartet.

As a singer and performer with experience in songwriting, improvisation, and experimental theatre, Soper performs frequently as a new music soprano, including in U.S. and world premieres of works by composers such as Peter Ablinger, Beat Furrer, Erin Gee, George Lewis, and Lew Spratlan. She has been featured as a composer/performer on the New York City-based MATA and SONiC festivals, the Lucerne Forum for New Music, Gaudeamus Muziekweek New York, the Sacramento Festival of New Music, and the American Composers Orchestra's Orchestra Underground series.

Soper is a co-director and performing member of Wet Ink, a New York-based new music ensemble dedicated to seeking out adventurous music across aesthetic boundaries.