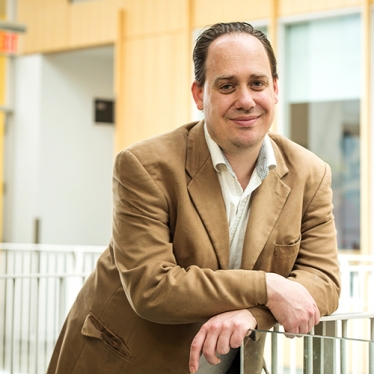 His book, Norman Kings of Sicily and the Rise of the Anti-Islamic Critique: Baptized Sultans, examines a crucial component in the rise of anti-Islamic sentiment in Latin Europe. The text demonstrates how Christian rulers of Sicily used Muslim personnel and co-opted and redeployed Islamic cultural tropes and administrative techniques to project their authority over the Island of Sicily in the 11th and 12th centuries. Baptized Sultans shows that neither the use of Muslim soldiers and administrators nor the adoption of Islamic cultural elements were controversial in the 11th and 12th centuries, but that starting around 1200 the enemies of the Sicilian crown increasingly used Sicilian Muslims to demonize Sicilian rulers. He has also published articles on the First Crusade, examining how interactions between Normans and Muslims in Southern Italy and Sicily informed southern Italian behavior during the Crusades and how early accounts of the crusade were rewritten to erase this southern Italian perspective.

He offers a range of courses on various topics in the medieval world, including three sequential surveys covering the medieval European world from 400 to 1650. He teaches several specialized colloquia on topics such as the notion of race in medieval Europe, medieval concepts of magic and the supernatural, and the idea of religious violence in the Islamo-Christian Tradition. He also teaches a seminar on violence and memory in the high Middle Ages, and a first-year seminar titled Reacting to the Past.

Birk is a recipient of the 2012 Rome Prize and the 2019 Smith College Teaching Award.  He is also a member of the Middle East Studies faculty and the director of the newly initiated Humanities and Social Science Research Labs.

"Crucible of Faith: Fitna in the Travels of Ibn Jubayr" in Rethinking Norman Italy: Studies in honor of Graham Loud, Manchester University Press, 2021.

Norman Kings of Sicily and the Rise of the Anti-Islamic Critique: Baptized Sultans, Palgrave Macmillan, 2017.

“The Betrayal of Antioch: Narratives of Conversion and Conquest During the First Crusade,” in Journal of Medieval and Early Modern Studies, 2011, Volume 41, no. 3: 463–485.

“Borderlands and Borderlines: Narrating the Past in Twelfth-Century Sicily,” in Multicultural Europe and Cultural Exchange in the MIddle Ages and Renaissance, edited by James P. Helfers. Brepols Publishers: 2005.