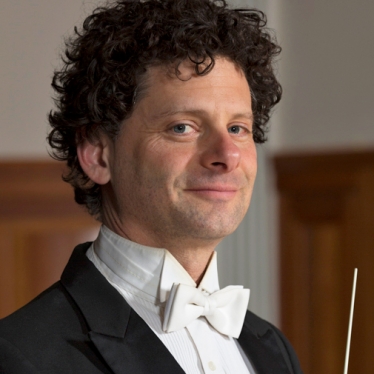 As Director of Orchestral and Choral Activities at Smith College since 1997, Jonathan Hirsh has conducted much of the standard orchestral, choral-orchestral, and choral repertoire. His conducting has included collaborations with dance and opera companies, leading performances of Peter and the Wolf with the Pioneer Valley and Amherst Ballet companies, and Mark Morris’ Vivaldi Gloria. For a performance at Williams College he coordinated the music for Brahms’ Liebeslieder Waltzes with the principal dancers of the New York City Ballet. In 2018 he was invited by Panopera to conduct La Traviata and will again guest with the company in performances of Il Barbiere di Siviglia in January, 2020. Celebrating the orchestra’s 100th anniversary, the Smith College Choirs joined by the University of Michigan Glee Club presented a sold out performance of Beethoven’s Ninth Symphony in Carnegie Hall.

Guest engagements have taken him as far as Alaska and have included New England and Northeast Regional choirs, and the Maryland All-State Women’s Choir. The Smith College Choirs have been invited to perform four times at regional and national choral conferences and have performed under Hirsh’s direction in the National Cathedral in Washington, D.C. and in Europe’s greatest churches and cathedrals. In October, 2017 Hirsh visited Chile where he performed with the Orquesta Juveníl de Puente Alto in Santiago. At L’Universidad de La Serena, he premiered four works by Chilean composers with the Orquesta de Camara, advancing his commitment and passion for new music.

As Music Director of the Smith College Alumnae Chorus, Hirsh has led four international tours to Sicily, Estonia and Russia, Cuba, and Slovenia. He is Artistic Director of Sing This Summer, an organization that offers summer camps and workshops for young children, teens and adults at Amherst and Bowdoin Colleges, and at the College of New Jersey.