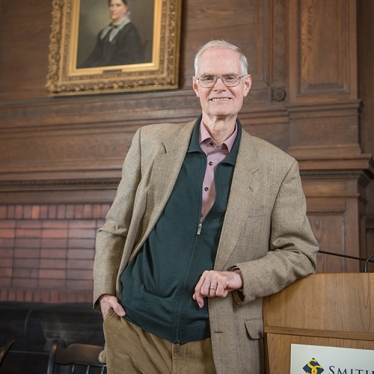 John Connolly became a member of the Smith philosophy department in 1973. His current research interests are in medieval philosophy (especially Meister Eckhart), philosophy of mind, the tradition of moral philosophy and issues of academic freedom and tolerance. He has taught courses in all of these areas.

He spent a decade in college administration (1992–2002), serving as the college’s first provost/dean of faculty and as acting president, 2001-02. He then returned to Dewey Hall and to full-time teaching and research before retiring in 2014.

Living Without Why: Meister Eckhart's Critique of the Medieval Concept of Will. Oxford University Press, 2014.