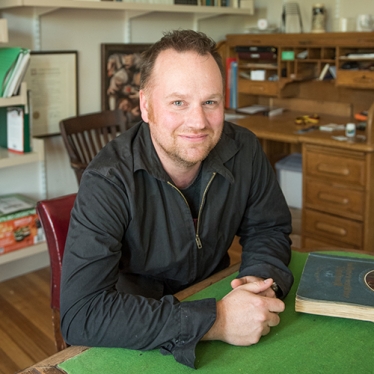 By appointment via Zoom.

Joel Westerdale specializes in modern German literature, intellectual history and early film. In addition to German Studies, he is a member of the Film and Media Studies and Comparative Literature programs, with courses cross-listed in Jewish Studies and the History of Science. Westerdale’s research and teaching focus primarily on the 19th and early 20th centuries, with a particular emphasis on how language and technology determine the limits and possibilities of expression and understanding. In his book, Nietzsche’s Aphoristic Challenge, he examines how works like Human, All Too Human and The Gay Science reflect Nietzsche’s concurrent interests in both the natural sciences and the literary potential of language. Westerdale’s current book project explores how the early German film canon—dominated by proto-horror films like The Cabinet of Dr. Caligari and Nosferatu—arises from centuries-old prejudices regarding the supposedly dark German soul combined with the new modes of storytelling enabled by the emerging technology of film. This research derives from and contributes to his courses on Weimar and Nazi cinema, the Faust legend and evil in modern German thought.

Westerdale has enjoyed extended research stays at the University of Freiburg, the Humboldt University of Berlin, the Ludwig Maximilian University of Munich, and the Center for Literary and Cultural Research (ZfL) in Berlin. His research has been supported by the Alexander von Humboldt Foundation, the U.S. Fulbright Commission, the Whiting Foundation and the Center for European Studies at Harvard. In 2011–12 he co-directed a yearlong project, Evil, at the Kahn Liberal Arts Institute. In 2015–16 he directed Smith’s study abroad program at the University of Hamburg.