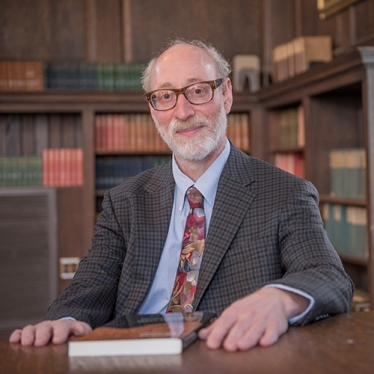 Joel Kaminsky teaches courses on the Hebrew Bible and on ancient Jewish religion and literature. In addition to his appointment in the religion department, he is also a member of the program in Jewish studies, ancient studies and archaeology. He came to Smith in 1997 after previous teaching appointments at St. Olaf College, Muhlenberg College, Whitman College and Loyola University of Chicago.

Kaminsky has lectured at many universities and colleges, including Oxford, Cambridge, Harvard, St. Andrews, UCLA, UC Santa Cruz, Middlebury, Skidmore, University of British Columbia, University of Kansas, University of the Pacific and University of Virginia. He has been a visiting professor teaching graduate level courses at Duke, Harvard and twice at Yale Divinity School. He has also held the position of Visiting Jewish Studies Research Scholar at Durham University in England three times.

His research often explores the intersection between narrative and theological currents in the Hebrew Bible and Rabbinic literature. Kaminsky’s work seeks to illuminate the overlapping but quite distinct ways that Jews and Christians over the past two millennia up to the present have interpreted the Hebrew Bible. He strives to integrate his scholarship and teaching, regularly sending students on to graduate school as well as mentoring many doctoral and early career scholars. Kaminsky has authored, co-authored and co-edited several books as well as published many essays and book reviews in both scholarly and more popular journals.

The Call of Abraham: Essays on the Election of Israel in Honor of Jon D. Levenson. Notre Dame, 2013. Co-edited with Gary Anderson.

The "Other" in Second Temple Judaism. Eerdmans, 2011. Co-edited with Dan Harlow and others.

Yet I Loved Jacob: Reclaiming the Biblical Concept of Election. Abingdon Press, 2007, (reprinted by Wipf and Stock, 2016).