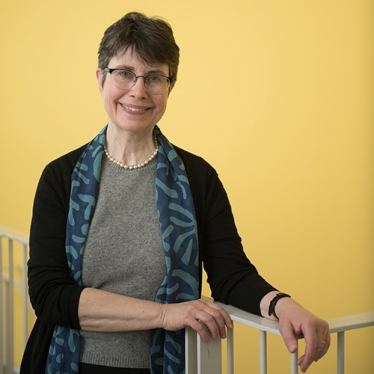 Kolb’s research has focused mostly on European Romanticism with a concentration on the works of Heinrich Heine. She has written on music and literature in the works of Heine, Thomas Mann and Wagner; on romantic irony; on literary decorum in Goethe, Diderot, Byron and Heine; on literary correspondence; on Heine and literary antisemitism. Currently she is writing a book about her father, Philip Kolb’s, 21-volume edition of Marcel Proust’s correspondence, with the working title Kolb’s Way: In Search of Proust Letters. An edited volume, with Rainer Nicolaysen, about the long and fruitful collaboration between Smith College and the University of Hamburg appeared in 2017: Smith College and the University of Hamburg: Stories from 55 Years of a Transatlantic Friendship (Hamburg University Press).

From 1987–88, Kolb was a fellow of the Alexander von Humboldt Foundation at the University of Hamburg; the resulting book, The Ambiguity of Taste: Freedom and Food in European Romanticism (University of Michigan Press, 1995), was awarded the Jean-Pierre Barricelli prize by the International Conference on Romanticism. The Humboldt Foundation renewed her fellowship, in 2000 and 2005, for work at the Freie Universität Berlin. Kolb was the president of the North American Heine Society (NAHS)from 2006–14.

Before her retirement, Kolb taught classes at all levels on German language and literature. Topics of her courses included Jews in German Culture, German wit, literary correspondence, lyric poetry, the contemporary German press, and, for the Comparative Literature Program, a course on literary antisemitism. She served on the advisory board of the Jewish Studies Program and as the program’s co-director in 2013. She also served on the advisory boards of the Book Studies Concentration and the Poetry Concentration. In 2016–17, Kolb directed the Smith College Study Abroad Program in Hamburg for the sixth and final time.