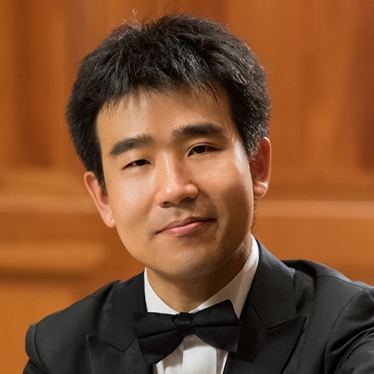 Praised by the New York Times for his “revelatory” performances, and by the Toronto Star for his “technically flawless, poetically inspired and immensely assured playing,” pianist Jiayan Sun has performed with the Cleveland Orchestra, the Hallé Orchestra, the Chinese and RTÉ (Ireland) National Symphony Orchestras, the Fort Worth and Toledo Symphony Orchestras, the Toronto and Aspen Concert Orchestras, and the Suwon Philharmonic Orchestra, and he has conducted from the keyboard the Meiningen Court Orchestra. He has collaborated with prominent conductors, such as Sir Mark Elder, Michail Jurowski, Stefan Sanderling, Leon Fleisher, David Hayes, Thomas Crawford, Daejin Kim, Kerry Stratton and Xincao Li. His performances have been broadcast by the BBC, the RTÉ, China Central Television and classical music radio stations in North America. He has performed at and participated in the Verbier Festival, the Gstaad Menuhin Festival, the Klavier-Festival Ruhr, the Aspen Music Festival, the Sarasota Music Festival and PianoTexas. Under the mentorship of Sir András Schiff, he was invited to give a number of solo recitals in Europe as part of Schiff’s “Building Bridges” project.

Hailing from Yantai, China, he received bachelor’s, master’s and doctor of musical arts degrees from The Juilliard School under the tutelage of Yoheved Kaplinsky and Stephen Hough. His other mentors include pianists Malcolm Bilson, Richard Goode and Robert Levin, and harpsichordist Lionel Party. His devotion to the art of composition led him to study with the composer Philip Lasser. As the Iva Dee Hiatt Visiting Artist in piano at Smith College, he presented Beethoven’s complete piano sonatas in chronological order, in addition to yearlong series devoted to the music of Schubert and Chopin.