Assistant Professor of the Study of Women & Gender 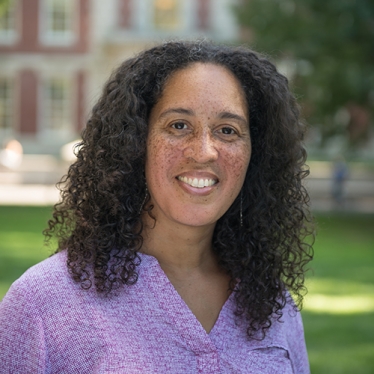 Jennifer DeClue earned her doctorate in American studies and ethnicity from the University of Southern California. She teaches queer studies courses that focus on ways that gender, sexuality, race and class produce marginalization and belonging, while paying close attention to the manner in which queer experiences are represented in culture. Through a cultural studies approach to the study of women and gender, DeClue brings her experience as a filmmaker to discussions of visual representation, the multiplicity of racialized gendered embodiments, and the historical context and dynamics of power that impact the emergence and meaning of cultural texts. By engaging with queer theory and critical concepts of race and class alongside visual and literary cultural production, her courses explore how representation and theoretical analysis can create systems of knowing that help us make sense of hierarchies of race, gender, class, ability and sexuality.

DeClue is deeply invested in research that brings together queer theory, black feminism, visual culture, diasporic loss, histories of segregation and miscegenation in the United States, the afterlife of chattel slavery, and the construction, production and reproduction of blackness. Her research has been published in GLQ: A Journal of Lesbian and Gay Studies and the cinema journal Spectator. Her analysis of cinematic representations of black lesbian and queer sexuality appears in the recently published black queer studies anthology No Tea, No Shade: New Writings in Black Queer Studies and will be published in the forthcoming black lesbian cinema studies anthology Sisters in the Life: 25 Years of Out African American Lesbian Media-Making. Before beginning her career in academia, DeClue worked in film production in Los Angeles, screened films for Sundance film festival, programmed films for Outfest Los Angeles LGBT film festival and served as the film programmer for Outfest Fusion from 2011 through 2013.