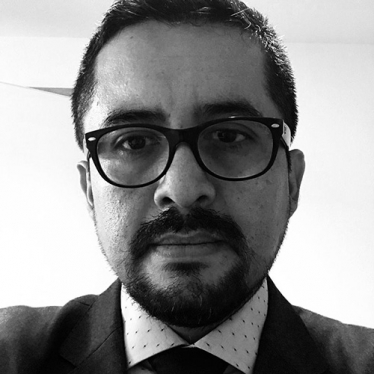 Javier Puente is an interdisciplinary scholar of Andean environments and campesino politics. Prior to Smith he held academic appointments at Lehigh University and the Pontificia Universidad Católica de Chile. Trained as a historian of the Andes at Georgetown, Javier has spent the last decade researching and teaching about the trajectories of Latin American agrarian reforms, the land struggles of campesinos and, more recently, their experiences of socioenvironmental suffering.

Puente’s first book manuscript, Agrarian Quests: The Search for Comunidades and Campesinos in Andean Peru, recasts Peruvian and Andean 20th-century nation-state making as a rurally grounded process from a local perspective. Contrasting conventional views on the political and economic aspects of state and nation building, largely centered on urban and nationwide developments, this book argues that the dynamics of power and production were structured through the clash of ideas concerning upland environments, agrarian resources, and the socioeconomic identities and relations that shaped rural life. Drawing on the trajectories of the Atocsaico hacienda and the campesinos of San Juan de Ondores, Agrarian Quests offers a fine-grained view of rural Peru throughout the 20th century.

Puente’s teaching interests focus on Andean history and environmental history, the agrarian question in Latin America, insurrectionary and revolutionary processes, the intersection of ecological transformations and sociopolitical conflicts, and the material roots of rural violence. He is broadly interested in the centrality of the agrarian countryside in the making of the modern world and how global forces shape everything rural. In recent years, he has become increasingly attracted to the relationship between the lives of rural peoples and how they make sense of their changing environments.

Several publications reflect a wider array of interests beyond Puente’s focal area of expertise, such as the institutionalization of collective memory in post-conflict societies, the ethnographic value of campesino archives, the cult of heroes and the rise of military nationalism, the transforming role of European animals in the Andes, the relationship between agrarian reform and capitalism, and the territorialization of sociopolitical conflict and internal warfare. These pieces have been published in the Journal of Iberian and Latin American Research, Revista Argumentos, the Oxford Encyclopedia of Latin American Research, Radical History Review and Revista de Investigaciones Geohistóricas Folia Histórica del Nordeste.

Puente’s research has been funded and supported by the Harry Frank Guggenheim Foundation, the Instituto de Estudios Peruanos, the Rachel Carson Center for Environment and Society, the John Carter Brown Library,  the Pontificia Universidad Católica de Chile, Lehigh University, the Program of Latin American Libraries and Archives at Harvard University, Georgetown University’s Center of Latin American Studies, and the Colombian Institute of Anthropology and History.

At Smith, Puente will complete a number of scholarly projects and teach a series of courses that combine his focal core interests: the past, present and future of rural peoples and places and the sociopolitical impacts of climate events. In the fall of 2019 he is teaching the introductory survey class for the Latin American and Latino/a Studies Program (LAS15O) and a more specialized interdisciplinary course on environmental legacies and ecological futures of Latin America (LAS201). In the spring of 2020, he will offer a seminar on Climate and Conflict in the Americas, from colonial times to present.

When he is not teaching or submerged in dusty archives, Puente enjoys traveling, jogging, playing fútbol, boxing and cooking. He claims no expertise in any but does everything enthusiastically.