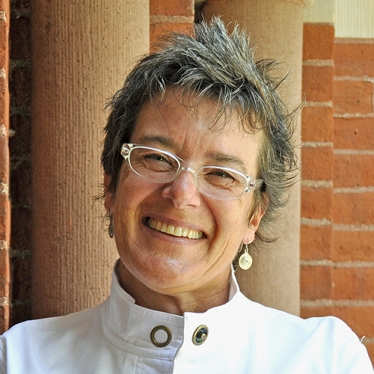 Jane Stangl is the dean of the first-year class. She is responsible for overseeing the academic progress of entering first-year students, and is a source of academic as well as personal advice. Dean Stangl works closely with our Smith Reads program as well as our liberal arts advising program.

Dean Stangl spent a number of years as a member of the exercise and sport studies department. She earned her bachelor of science in psychology and sociology from the University of Wisconsin-Stevens Point, her master's in sociology from Bowling Green State University and her doctorate in physical cultural studies from the University of Iowa. Stangl teaches a graduate course on the sociocultural analysis of sport and and has served as the president of the North American Society for the Sociology of Sport (NASSS). She continues to teach IDP courses, focusing primarily on Native American culture and sport, and occasional sessions on first-year summer readings.

As an undergraduate, Stangl engaged in Southeast Asian studies at the University of Malaya in Kuala Lumpur. She enjoys reading, swimming and traveling, and dabbles in calligraphy and woodwork. An intercollegiate athlete and coach in her former life—she is an avid golfer of amateur ability but professional teaching status and works with professionally associated day clinics for women during the summer months.

Stangl, Jane M., "Who cares about the decline of women coaches? [Foucauldian's might!]" (paper presentation for the North American Society of the Sociology of Sport, University of Ottawa, Ottawa, Canada, 5 November, 2009.)

Stangl, Jane M., "Naming is Not Enough: Welcome to Vancouver, where Siwash is a Rock" (paper presented at annual meeting for the North American Society for the Sociology of Sport, University of British Columbia, Vancouver, Canada, 3 November, 2006).

Stangl, Jane M., "On the Cusp or at the Center: Pre-suppositions and post-consequences of Being in Title IX,"(presentation at Women and Sport: Before, During and After Title IX Conference, Bowling Green State University, Bowling Green, Ohio, February 2005).

Stangl, Jane Marie and M.J. Kane, "Structural Variables that Offer Explanatory Power for the The Underrepresentationof Women Coaches Since Title IX: The Case of Homologous Reproduction,"Sociology of Sport Journal, 8(1), 47–60, 1991.