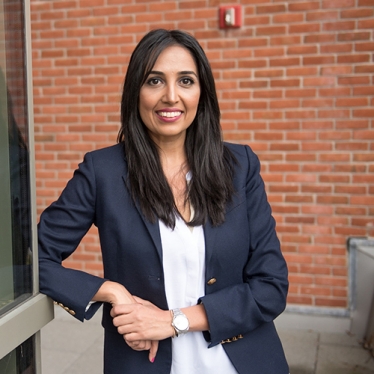 Ibtissam Bouachrine is the current chair and an associate professor in the department of Spanish and Portuguese at Smith. She has also served as director of the Middle East Studies Program and as co-director of the Women’s Education Concentration. Her research is centered on women and gender issues in Islam. She has published and lectured on feminism and democracy in North Africa, Islam in Europe, and Muslim-Western relations before and since 1492. Her book, Women and Islam: Myths, Apologies, and the Limits of Feminist Critique, calls for a shift away from the unproductive paradigm of “us” vs. the West that has informed discourse on Muslim women and feminism in the post-9/11 era. Currently, Bouachrine is working on a book-length project on women’s education in Muslim-majority countries.

At Smith, Bouachrine teaches transdisciplinary courses that invite students to think critically about categories and identities such as women, Jewish, Muslim, European, Iberian, African, Amazighi and Mediterranean. Her courses include Islam in the West; Jewish Women of the Muslim Mediterranean; Sex and the Medieval City; Muslim Women in Spain: 756 to the Present; and Queer al-Andalus and North Africa. In summer 2013, Bouachrine co-taught a Global Engagement Seminar in Jerusalem.

Women and Islam: Myths, Apologies, and the Limits of Feminist Critique, Lexington Books, 2014.