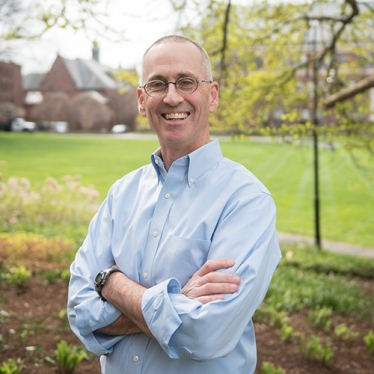 Gregory White is the Mary Huggins Gamble Professor of Government. He is also the chair of the Environmental Science & Policy Program. He teaches courses on global environmental politics, international relations, migration and refugee politics, and the global politics of tourism. He also offers a senior seminar on North African politics.

White’s research and publications focus on North African politics, migration and refugee studies, environmental politics and international security. He is the former co-editor of the Journal of North African Studies. In 2009–10 he received a New Directions Grant from the Andrew Mellon Foundation, where he studied climate and earth science at Columbia University’s Earth Institute. In the fall 2019, he was a visiting scholar at Al-Akhawayn University in Ifrane (AUI), Morocco. He is currently at work on a book manuscript entitled, Refugees of the Apocalypse?: A Critique of the Concept of “Climate Refugees.”

“The ‘Others’ in John Lanchester’s Cli-Fi Novel, The Wall,” in Climate Migration: Critical Perspectives for Law, Policy, and Research, coedited by Benoit Mayer and Calum T.M. Nicholson, (Hart-Bloomsbury, 2023).

“Kingdom of Morocco,” in The Politics and Government of the Middle East and North Africa, Sean Yom, ed., 9th edition, (Routledge, 2019).

“The Specter of Climate Refugees: Why Invoking Refugees as a Reason to ‘Take Climate Change Seriously’ is Troubling,” Migration and Citizenship Newsletter of the American Political Science Association 4:2, Summer 2016.