Senior Lecturer in Music and Organist to the College 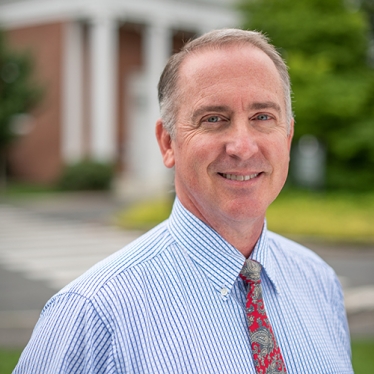 Grant Russell Moss is a senior lecturer in music at Smith College where he has served since 1983 as organist to the college. A Nebraska native, Moss is a Phi Beta Kappa graduate of the University of Nebraska–Lincoln, where he was an organ student of George Ritchie. He holds the doctor of musical arts degree from Yale University, where his principal teachers were Charles Krigbaum and Michael Schneider.

A regional winner of the Music Teachers National Association Collegiate Artist Competition and first-prize winner of the Ottumwa National Organ Playing Competition, Moss has appeared at the summer organ festivals at Methuen (Mass.) and Round Lake (N.Y.), the Great Organ Music at Yale series, and in concerto performances with the Five College Orchestra, the University of Massachusetts Amherst Orchestra, the Amherst College Orchestra, the Springfield Symphony and the Pioneer Valley Symphony. As accompanist, he has toured many times with the Smith Chamber Singers and was the first visiting American organist to perform at the Hong Kong Academy for Performing Arts. In addition to his duties as teacher of organ, piano and harpsichord, he is conductor of the Smith handbell choir.