Professor of Sociology and of Latin American & Latino/a Studies 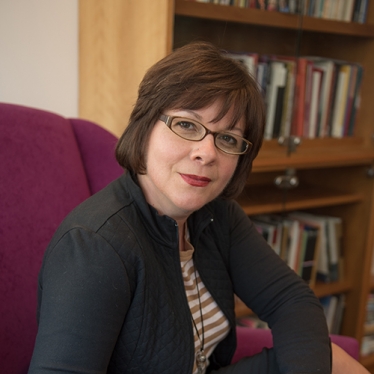 In addition to being a professor of sociology, Ginetta Candelario is a faculty affiliate of the Latin American and Latina/o Studies Program (LALS), the Study of Women and Gender Program (SWG), the Community Engagement and Social Change Concentration (CESC), and she also served on the advisory group for the Gloria Steinem & Wilma Mankiller School for Organizers at Smith College. She has also been the editor of Meridians: feminism, race, transnationalism since July 2017. She has directed the LALS Program several times, most recently from 2011 to 2014, and is the founding vice president of the National Latin@ Studies Association (LSA). She is a founding executive committee member of the New England Consortium for Latina/o Studies (NECLS), she was appointed by the American Sociological Association to its Committee on Professional Ethics for 2017–20 and to the Finance Committee for 2021-2024.  In addition, she has served as the Gender Section co-chair, the Latina/o Studies Program track chair, the Latino Studies Section co-chair and most recently on the Executive Council for the Latin American Studies Association (LASA).

Candelario's research interests include Dominican history and society, with a focus on national identity formation and women’s history; Blackness in the Americas; Latin American, Caribbean and Latina feminisms; Latina/o communities (particularly Cuban, Dominican and Puerto Rican); U.S. beauty culture; and museum studies. She has been a Fulbright Scholar in the Dominican Republic twice, in 2003 and 2016.

Candelario's work has also appeared in interdisciplinary journals such as Latino Studies, West Indian Guide, Small Axe, Meridians: Feminism, Race, Transnationalism, Phoebe, and in Latina/o studies anthologies, including Keywords in Latino Studies, Oxford Dictionary of Caribbean and Afro-Latin American Biography, The Oxford Encyclopedia of Latinos and Latinas in Contemporary Politics, Law and Social Movements, The Afro-Latino Reader, the Dominican Republic Reader and A Companion to Latino Studies, among others.

She has served on the editorial boards of Latin American and Caribbean Ethnicities, and has written published and unpublished peer reviews for Gender and Society, Caribbean Studies, Callaloo, West Indian Review, Americas Quarterly, American Journal of Sociology, The Black Scholar, Latino Studies, American Ethnologist, Ethnic Studies, Social Problems, as well as for many university presses.

She has been teaching community-based learning and research courses on “The Sociology of Hispanic Caribbean Communities in the U.S.” in collaboration with a dozen Holyoke, Massachusetts, community-based organizations and nonprofits for more than a decade, for which she has received various awards. These include the Antonia Pantoja Community Champion Award from the Latino Scholarship Fund in 2006 and the Five College Community-Based Learning faculty member of the year in 2008. In October 2012 she was selected by Governor Deval Patrick to give the keynote address for the opening ceremonies of Hispanic Heritage Month in Massachusetts. She has also served on the executive board of Enlace de Familias and the Carlos Vega Social Justice Fund, both in Holyoke, MA.