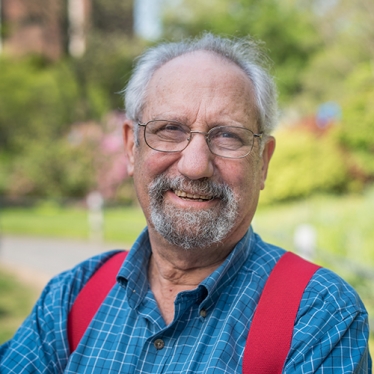 "A Friendship Forged in Africa," article in the Daily Hampshire Gazette.

Elliot Fratkin received his bachelor’s from the University of Pennsylvania, master’s from the London School of Economics and Political Science, and doctorate from the Catholic University of America, all in cultural anthropology. His research focuses on life and social change among nomadic pastoralists—people who live and move with their domestic livestock and who are found largely in the arid regions of the world. Much of Fratkin’s work focuses on Ariaal pastoralists of northern Kenya. The Ariaal people are a cultural mix of two larger groups, cattle-keeping Samburu and camel-keeping Rendille, and are related to the larger cluster of Maasai peoples of East Africa. Fratkin's initial research focused on Ariaal social organization, cultural ecology and ritual life.

In the 1980s, Fratkin turned his attention to issues of development and change, particularly focusing on what happened to Kenyan pastoralists during periods of drought and famine. During that time the Ariaal and Rendille communities became recipients of humanitarian relief from many international organizations, including the Catholic Relief Services, Oxfam, Save the Children and World Vision. One consequence of those changes was a large-scale settling of former pastoralists, particularly poor people who did not have enough livestock to subsist as they had before. In the 1990s, Fratkin participated in a three-year study that examined the health and nutrition effects of the settling of Ariaal and Rendille people. He collaborated with his wife, Marty Nathan, a medical doctor, and Eric Roth, an anthropologist at the University of Victoria, Canada. They found that settled children had higher levels of malnutrition and illnesses than the pastoralists, which they attributed to a lack of milk animals in the settled communities.

At Smith, Fratkin served on the steering committee of Smith's Environmental Science and Policy Program, African Studies Program and the Global South Development Program, and was a faculty adviser for the Five Colleges Certificate in African Studies and the Culture, Health, and Science Program.

Read Fratkin’s blog about teaching and doing research in Ethiopia.

"The Laibon Diviner and Healer Among Samburu Pastoralists of Kenya," in Divination and Healing, The University of Arizona Press, 2004.

"Pastoral Sedentarization and Its Effects on Children's Diet, Health, and Growth Among Rendille of Northern Kenya," Human Ecology, 2004.

"Traditional Medicine and Concepts of Healing Among Samburu Pastoralists of Kenya," Journal of Ethnobiology, 1996.

"The Samburu laibon’s sorcery and the death of Theodore Powys in colonial Kenya," Journal of Eastern African Studies, 2015.