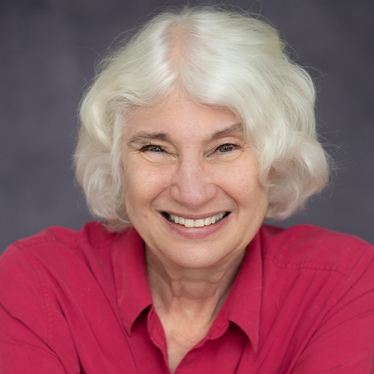 Ellen W. Kaplan is professor of acting and directing at Smith, a Fulbright Scholar in Costa Rica, Fulbright Senior Specialist in Romania and Hong Kong, an actress, director and playwright. She performs and directs internationally, having worked in China, Israel, Costa Rica, Argentina, Puerto Rico and across the United States, and has been guest professor at Tel Aviv University; Hong Kong University, where she was a distinguished writer-in-residence in 2016; the Chinese University of Hong Kong; University of Costa Rica; Heredia University (Costa Rica); the University of Theatre and Film in Bucharest, Romania, and currently at University of Kurdistan/Hewler. During the pandemic, she taught virtual classes at Rojava University in Syria.

Recent directing credits: Noel Coward’s Private Lives at Hedgerow Theatre; Turn of the Screw; Lungs; The Tattooed Man; and a radio production of The Foxfinder for Silverthorne Theatre; The Curious Incident of the Dog in the Night-time at Smith College; a virtual production of Julius Caesar; and The Magic Flute for the University of Massachusetts Amherst Opera Workshop. Recent acting work includes David de Sola’s La Nieta del Dictador, touring to Puerto Rico and the Midwest, and La Razon Blindada by Aristides Vargas, in Spanish.

Recent playwriting credits: Survivor, Outcast Theatre, Tampa; Livy in the Garden at the Robert Black Theatre in Hong Kong; Coming of Age, published by Next Stage Press; Out of the Apple Orchard, produced at the Orlando Repertory Theatre, and was to be produced in NYC in fall 2020 (postponed until 2022). Someone Is Sure to Come, about inmates on Death Row, was presented in NYC at La Mama Annex and published in the Tacenda Literary Magazine; Sarajevo Phoenix, based on interviews with Croat, Slav and Bosniak women who survived the siege of Sarajevo; Cast No Shadow, about the legacies of the Holocaust, which premiered at the Jewish State Theater of Bucharest; Pulling Apart, about the 2nd intifada, was produced in New Haven, CT, where it won a Moss Hart Award; Homeland/Homeless about refugees in the U.S.; and two short documentary films, including Mixed Blessings, about Jews and Roma in Eastern Europe after the fall of Communism. She has written and performed plays based on archival research, about Justine Wise Polier (supported by Kenilworthy-Swift Foundation); Charlotte Salomon (supported in part by Haddasah-Brandeis Institute), and a play about Anzia Yezierska. Her play Testimonies is based on interviews with Ezidi women in Iraqi refugee camps. Her plays were twice named as finalists for the Massachusetts Playwriting Fellowship. She is developing a play about women in Rojava, in Northeast Syria.

In 2022, Kaplan offered theatre workshops with Ezidi IDPs at Shariya Camp in northern Iraq; see her essay about this work in Humanities Journal: https://www.mdpi.com/2076-0787/11/5/111/htm
or https://www.mdpi.com/2076-0787/11/5/111/pdf. She works extensively with underserved and at-risk communities, including eight years with Arts in Special Education in Pennsylvania; pre-GED literacy training; with women in prison, and death row inmates. Her book chapter, "Cry Without an Echo,” on creativity and trauma, was published in Performing Psychologies (Methuen) in 2019. Other publications include Images of Mental Illness on Stage, and book chapters, including work published in China (translated into Chinese); a chapter in Spanish about Argentinian playwright Nora Glickman; an essay in Jewish History about contemporary Jewish playwrights; and in Teaching the Israel-Palestine Conflict, ed. Rachel Harris. Her book, Chasing the Demons: Theatre Responds to Social Trauma, will be published by Routledge (2022), and an essay about Jewish American theatre will be published in Imagined Israel.

New explorations include work on theatre and ecology, with support from Arts Afield and CEEDS, for projects at the MacLeish Field Station in Whately, Massachusetts.

Professor of Theatre Ellen Kaplan discusses how she helps her students process the sensitive and difficult material that they may encounter in her acting classes and why she does not believe in the use of trigger warnings.