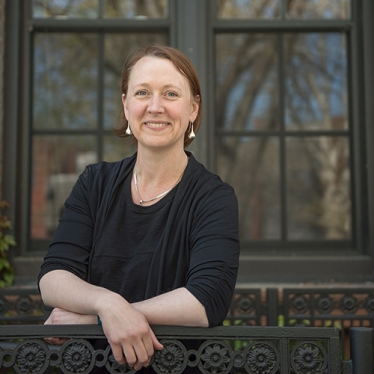 Elizabeth Klarich is a Latin American archaeologist specializing in Andean prehistory, with a regional focus on the Lake Titicaca Basin of Peru and Bolivia. Her theoretical interests include the origins of inequality, the development of early cities, the nature of leadership strategies and the role of prehistory in modern identity politics. In addition to years of field experience in the Andes, Klarich has worked on archaeological projects in northern Spain, the American Southwest, coastal California and northern Sudan.

Klarich's field research focuses on the site of Pukara, an important regional center located in the southern Peruvian highlands. During the Late Formative Period (500 B.C. to A.D. 400), populations moved to Pukara and built monumental stone constructions, produced technologically sophisticated multicolored pottery and stone carvings, and intensified agro-pastoral strategies to feed the expanding site. Since 2000, Klarich has directed mapping, excavation and lab projects at Pukara. During the summers of 2009 and 2010, she taught archaeological field school programs to further explore the site's earliest settlers. For more information on her research in Pukara, see the Smith College Insight article.

In addition to pursuing archaeological research, Klarich is active in the development of the Museo Lítico Pukara, the local site museum located in the adjacent town of Pucará. Research at Pukara has been funded by the National Science Foundation, Fulbright-Hays, the Heinz Foundation grant program for Latin American archaeology, the Wenner-Gren Foundation and the University of California, Santa Barbara and Los Angeles.

At Smith, Klarich is on the program advisory committees for the archaeology minor and Latin American and Latino/a studies. As a Five College faculty member, she also teaches courses at Mount Holyoke College each fall semester and at Amherst College each spring semester.

Edited, Inside Ancient Kitchens: New Directions in the Study of Daily Meals and Feasts. University Press of Colorado, 2010.