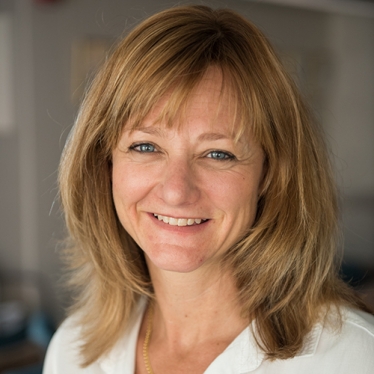 Elisabeth Armstrong teaches courses on feminist political praxis, with a focus on transnational feminist movements seeking social, economic and environmental transformation. Her courses include Marxist feminism, Women, Money and Transnationalism, decolonial feminist archives and gendered movements about the land, food and survival. Many of her courses are community-based research courses linked to regional and international community movements for the basic needs of land, food, labor, and embodied self-determination.

On International Women’s Day, 2023, University of California Press releases her third book called Bury the Corpse of Colonialism: The Revolutionary Feminist Conference of 1949. This book provides an intimate look at the 1949 Asian Women’s Conference, the movements it drew from, and how it shaped feminist anticolonial movements around the world.

In 1949, revolutionary women activists from Asia hosted a conference in Beijing that gathered together their comrades from around the world. The Asian Women’s Conference developed a new political strategy, demanding that women from occupying colonial nations contest imperialism with the same dedication as women whose countries were occupied. Bury the Corpse of Colonialism shows how activists and movements create a revolutionary theory over time and through struggle—in this case, by launching a strategy for anti-imperialist, feminist internationalism. Through the lives and movements of more than a dozen AWC participants, Bury the Corpse of Colonialism traces the vital differences at the heart of internationalist solidarity for women’s emancipation in a world structured through militarism, capitalism, patriarchy, and the seeming impossibility of justice.

Her second book, Gender and Neoliberalism: The All-India Democratic Women’s Association and Its Strategies of Resistance, describes the changing landscape of women’s politics for equality and liberation during the rise of neoliberalism in India between 1991 and 2006. Based on long-term ethnographic research on Tamil Nadu and Haryana, two agriculturally rich states in the south and north, this book charts the rise of an extraordinary socialist women’s organization: the All-India Democratic Women’s Association.

Armstrong’s first book, The Retreat From Organization: U.S. Feminism Reconceptualized, re-examines ideologies of politics and political subjectivity in U.S. feminism from the early 1960s to the 1990s & the increasing refusal to build a collectivist feminist politic.

Armstrong is an editorial board member of Kohl: Journal for Body and Gender Research in the MENA (Middle East and North Africa) region. She is also on the executive advisory board of the journal Meridians: feminism, race, transnationalism.

"Before Bandung: The Anti-Imperialist Women's Movement in Asia and the Women’s International Democratic Federation,"Signs: Journal of Women in Culture and Society 41:2 (Winter 2016): 305-332.

Gender and Neoliberalism: The All India Democratic Women’s Association and Globalization Politics. Routledge, 2013.